The number two ranked digital asset of Ethereum (ETH) has a 6% chance of hitting $5k by June of his year. The probability of such an Ethereum event occurring was shared by the team at Skew through the following chart. The team at Skew uses ETH options data to calculate the chances of a price level getting reached. 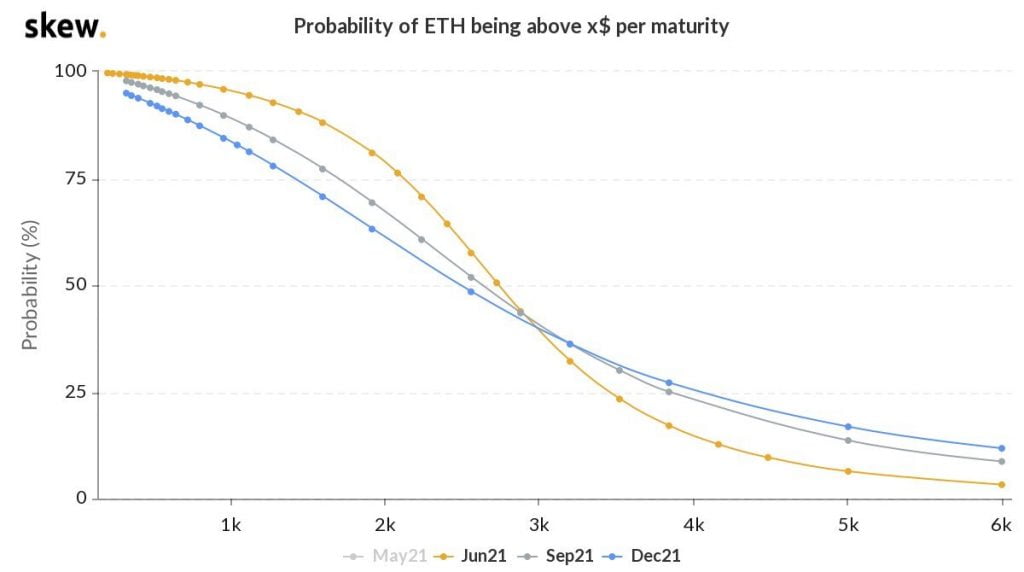 At the time of writing, Ethereum is trading at $2,780 and only $280 away from the aforementioned target. Also to note, is that ETH has maintained a value above the two crucial support zones of $2,500 and $2,700. If these two price areas continue to hold during the monthly close and the expiration of ETH options later today, the month of May will kick off at a bullish pace for Ethereum.

In terms of market capitalization, Ethereum at $322.614 Billion is now more valuable than Paypal. The latter payment processing company has a market cap of $314.52 Billion and is currently ranked 27th on CampaniesMarketcap.com.

In the short term, and with the assumption that $3k will be hit in the next week, Ethereum would have a market cap of  $347 Billion and thus succeed at exceeding that of Walt Disney.