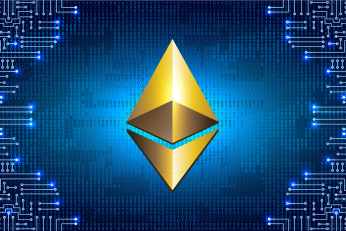 Ethereum’s switch to a proof-of-stake blockchain could go live sometime between August and October 2022. The transition is commonly referenced in the crypto space as The Merge or ETH 2.0.

Co-founder Vitalik Buterin confirmed the news on Friday at the Ethereum Developer Summit in Shanghai. While Buterin did indeed say there is a big chance The Merge will take place in August, the crypto OG also stressed that delays might surface.

Buterin’s comments at the summit echoed what core ETH developer Preston Van Loon said at the Permissionless event on Thursday. When asked about a possible date for The Merge, Van Loon shared that things are progressing and testing has been smooth so far.

The Prysmatic Labs team member added that it makes sense for ETH 2.0 to arrive in August.

Also, a key ETH testnet dubbed Ropsten is scheduled to merge with the Beacon chain on June 8. The beacon chain is a sister network launched in December 2020 that runs parallel with the main Ethereum blockchain. Notably, Beacon leverages a proof-of-stake consensus mechanism and is expected to emerge as the dominant transaction layer for ETH moving forward.

EWN previously reported that major developers trialed The Merge process on testnets like Kiln earlier in the year. The tests were largely successful but the mainnet integration was ultimately pushed forward due to some bugs.

The Merge could go down in crypto history as a pivotal moment for the blockchain industry. Ethereum’s change to a PoS consensus means better throughput and possibly lower gas fees. Furthermore, the transition could address a major concern championed by mainstream opposition to cryptos – energy consumption.

As the second-largest blockchain network in the world, the move to a PoS system might trigger similar plans from other major PoW decentralized networks like Bitcoin.