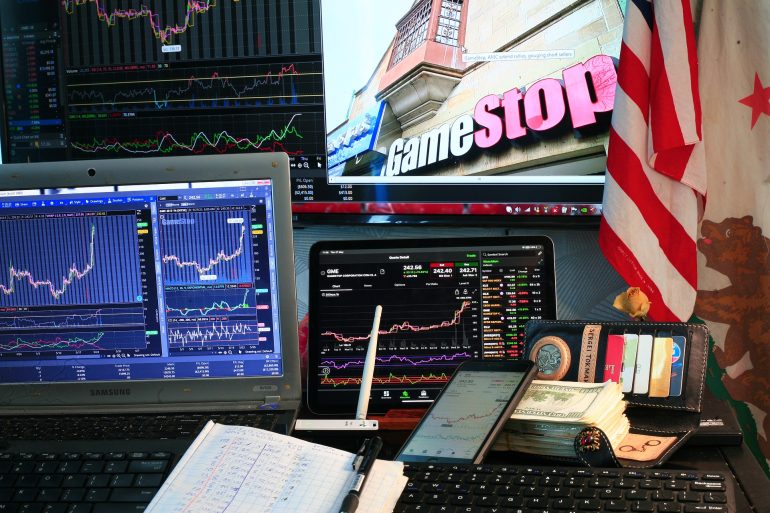 Per the latest announcement made by GameStop, the gaming giant has finally unveiled its NFT marketplace on layer two Immutable X blockchain.

Users will now be able to explore the GameStop NFT marketplace in-depth, starting with accessing games built on Immutable X, including Gods Unchained and Illuvium. The platform will further offer users the ability to explore digital NFT assets through Immutable X’s zero-gas-fee minting and trading process.

“Not only will the integration unlock some of the biggest web3 games in the world which are currently being built on ImmutableX, including Gods Unchained, Guild of Guardians, and Illuvium, it also allows for 100 percent gas-free and carbon-neutral minting and trading on the GameStop NFT Marketplace,” the announcement later added.

GameStop had first announced the launch of its marketplace in February and later rolled out a Beta version for users to explore what GameStop had to offer as a holistic NFT platform. The platform will also allow NFT users the ability to manage their funds and digital wallets.

“Our partnership with GameStop is an important step forward as Immutable brings the next billion players to web3 gaming. “Today’s launch of the GameStop NFT Marketplace means that we can now provide access to millions of additional NFTs and more of the top web3 games being developed today, while maintaining a best-in-class experience for players,” said Robbie Ferguson, president and co-founder of ImmutableX. We are excited to continue to deepen Immutable’s relationship with GameStop and are looking forward to building the future world of web3 gaming together. ” Ferguson added.

Both platforms are known to have collaborated on multiple ventures, including launching a $100 million USD grant fund to power NFT creators, alongside introducing Web3 games to GameStop Power Pro players.