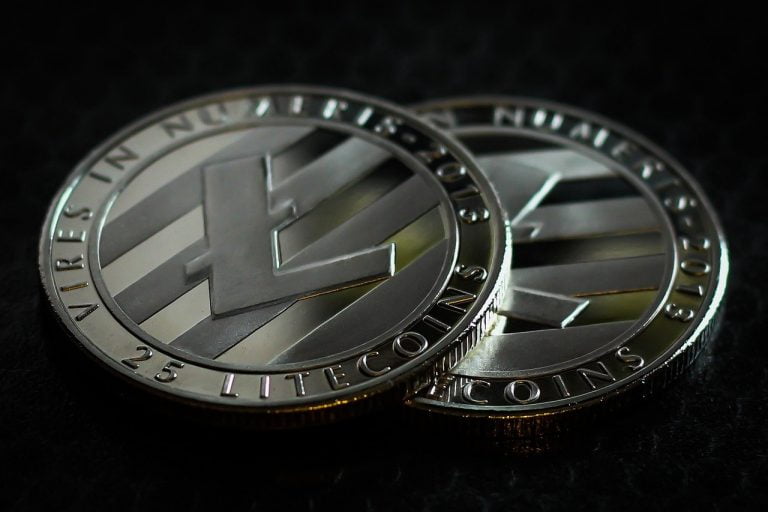 The Wall Street investment firm of Grayscale has quietly accumulated 178,691 Litecoin in the last 30 days. This amount of LTC has a value of roughly $28.9 Million using Litecoin’s current price of $162. The 30-day accumulation of Litecoin by Grayscale has been highlighted in the following screenshot courtesy of Bybt.com.

The accumulation of Litecoin is not isolated to institutions such as Grayscale. Earlier this week, the frontman of the popular band known as Kiss, Gene Simmons, took to Twitter to announce that he was ‘a happy investor in Litecoin’. Mr. Simmons went on to recommend that investors do their own research on LTC as seen through the following tweet.

I’m also a happy investor in Litecoin. Do your own research…What is Litecoin? – LTC Beginners Guide https://t.co/7LB34WKa5U via @YouTube

Litecoin Could Be Headed Lower With the Weekly/Monthly Close

A quick glance at the charts reveals that Litecoin has also been hard hit by the ongoing crypto market selloff that has seen Bitcoin retest the $44k price area. At the time of writing, Litecoin is trading at $162 which also happens to be a crucial support area as seen in the following daily LTC/USDT chart. 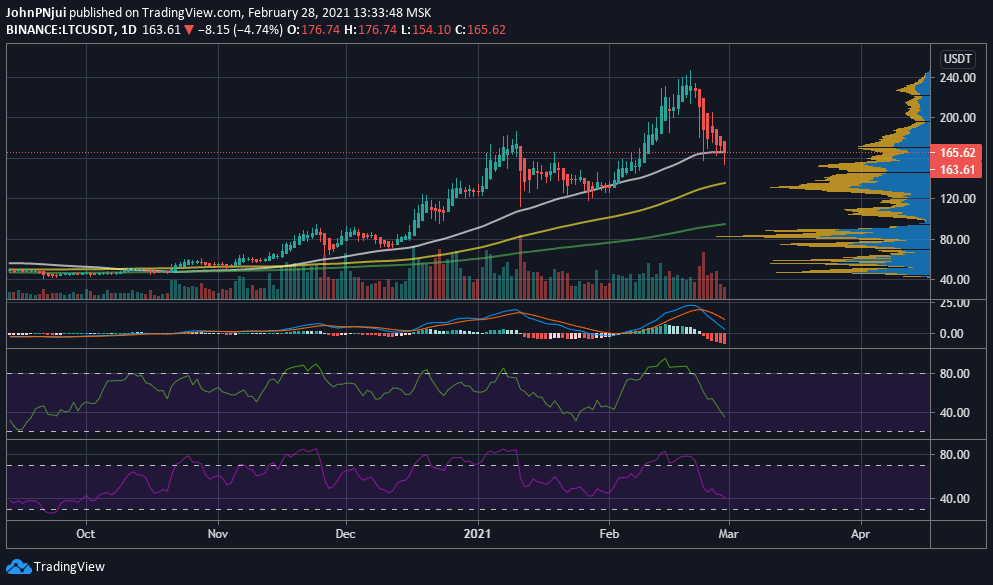 The above LTC/USDT chart also provides the following information on Litecoin’s possible price action into the new month of March.