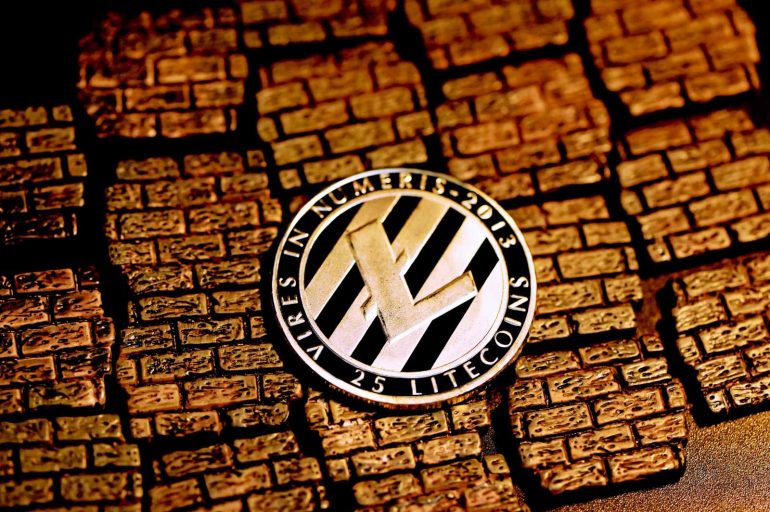 Grayscale’s Litecoin Trust (LTCN) is Trading at a 463.95% Premium

According to Bybt.com, Grayscale’s Litecoin Trust (LTCN), is currently trading at a 463.95% premium. The screenshot below, courtesy of the tracking website further demonstrates that Grayscale has also accumulated 583 Litecoin in the last 7 days and a total of 31,120 LTC in the last month. Additionally, the Grayscale Litecoin Trust currently now holds a total of 1.55 million LTC valued at roughly $168.45 million.

According to Grayscale’s website, each LTCN represents 0.09187613 Litecoin (LTC). Further doing the math, and using Litecoin’s current price at $113.40, each LTCN share has an actual value of roughly $10.42.

However, and at the time of writing, each LTCN share is currently trading at $59.83 in the premarket. Consequently, the revised premium on the Grayscale Litecoin Trust is roughly 473.72%.

Litecoin Bounces off the $100 Support, Remains in Bear Territory

With respect to price action, Litecoin is currently trading at $113.40 after yesterday’s low of $103.83 due to Bitcoin also dipping to a local low of $29,278. The daily LTC/USDT chart below also shows that Litecoin bounced off the $100 support area that is the floor of a descending triangle. 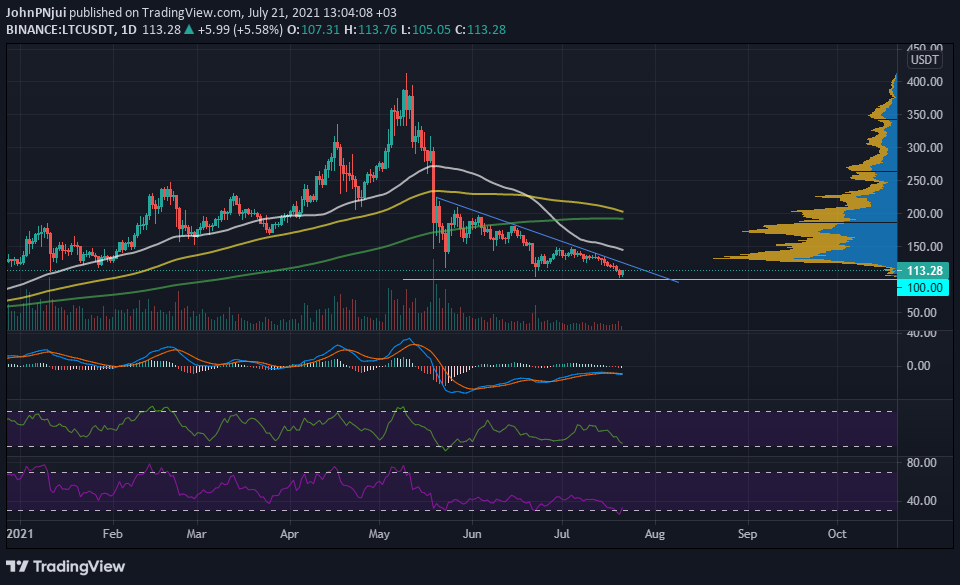 Additionally, the following can be observed from the daily LTC/USDT chart.

As with all analyses of altcoins such as Litecoin, investors and traders are advised to have an eye out for any sudden volatility by Bitcoin that might affect their trading positions. Low leverage and spot trading is also recommended given the current crypto market uncertainity.