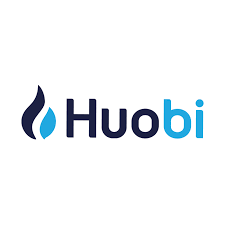 Huobi Founder Keen On Selling Majority Of His Stake At $3 Billion Value: Report

Per a recent Bloomberg report, Huobi founder Leon Li is currently in talks with a bunch of investors to sell the majority of his stake in the Huobi crypto exchange at a price of nearly $1 billion.

Per a recently published Bloomberg report, Huobi’s founder is reportedly in talks with financiers to sell 60% of his stake to potential buyers. The report further states that the deal could be finalized sometime later this month.

Citing people familiar with the matter, Bloomberg added that the potential list of buyers involves prominent crypto industry names including Justin Sun, founder of cryptocurrency Tron and Crypto billionaire and CEO of FTX exchange Sam Bankman-Fried. The report also adds that SBF and Sun had earlier established talks with Huobi concerning the acquisition of shares.

In addition to this, the report mentions ZhenFund and Sequoia China as “existing backers,” who were made aware of Huobi’s decision in the shareholder’s meeting held in July. Per the report, Li is seeking a valuation between $2 billion to $3 billion.

A Huobi spokesperson has shed more details on the matter, reporting that Li is currently in process of conducting a discussion with several international institutions concerning the stake sale, but has refused to offer specific details concerning the transaction.

“He hopes that the new shareholders will be more powerful and resourceful and that they will value the Huobi brand and invest more capital and energy to drive the growth of Huobi,” the spokesperson said in an emailed statement to Bloomberg

Launched in 2013 in China, Huobi is one of the leading crypto exchanges that has consistently been expanding its work portfolio. The exchange has recently acquired a license to operate and offer services in Australia and had earlier acquired the necessary permissions to operate in New Zealand.