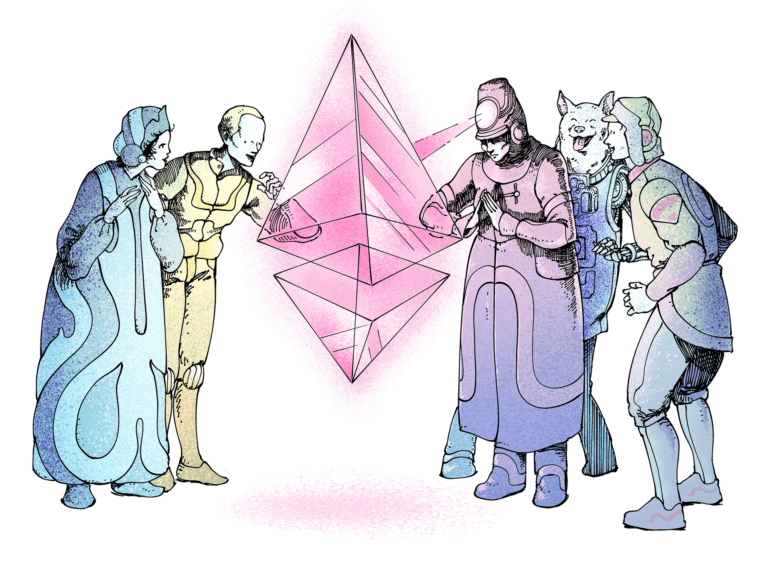 Institutions Could Soon Turn Towards Ethereum To Earn Stable Yields And Returns. Here’s How

Ethereum’s successful transition from proof of work to proof of stake changes the way institutional investors can now earn yields from staking ETH. Proof of stake introduces a process of earning fixed tokens by validating crypto transactions on the network, which could soon attract different industries to explore the domain.

The recent switch by Ethereum to the PoS model is seen favourably by many experts and commentators in the cryptosphere. The change may help investors earn higher ether staking rates, which will attract significant amounts of institutional capital.

Vivek Raman, Head of digital asset finance platform BitOoda, told Blockworks that validators can earn a 4%block subsidy, a transaction fee of 1.5%, with a maximum extractable value between 0.2% and 0.5%, for an aggregate staking yield of about 6%.

Several crypto professionals are viewing Ethereum’s shift to PoS as favourable for ETH as it’s now drawing interest from different industries that were previously quite reluctant in exploring the domain.

“They (private banks and mid-sized wealth managers, pension funds, and insurance companies ) are the ones that are now coming around.” “These are folks who previously kind of categorically said, ‘No,’ without knowledge that the digital asset space has grown and diversified over the last four years and that there are very different investment cases behind different digital assets,” Bean Dean of Wisdom Tree told Blockworks

As ETH’s adoption spree post merge continues to gain momentum, Fidelity Investments, the leading multinational financial services giant, is reportedly set to offer its institutional investors the ability to sell, buy, and trade custody ether by the end of this year. With this, Ethereum can set a precedent for other reluctant firms to experiment with Ether and capitalise on the profits earned through staking ETH in the long run.

Executives at crypto hedge fund Globe3 also echoed a similar stance, adding that they are anticipating that ETH yields could surge higher than 6% as the volume picks up and more industries come in to explore the ETH staking segment.

Ethereum is scheduled to deploy another major upgrade dubbed Ethereum Shanghai, which can further boost the overall adoption of Ethereum. The Shanghai upgrade is set to bring in new features, including enabling staking withdrawals, which can help the ETH ecosystem expand its base a notch.

Ethereum’s developer Alex Stokes has recently updated the EIP 4895 proposal that sets the precedent for the upcoming Shanghai Upgrade. The blockchain currently supports ETH Staking, but after the upgrade it will also help with Staking Withdrawals, allowing users to withdraw their staked ETH Tokens without paying additional gas fees on such transactions.

“As these financial institutions start to enter the space and put digital assets on their books, they will naturally gravitate towards the most stable, largest, easiest to trade and secure, and highest yielding assets. “Ethereum checks all those boxes,” as stated by Globe 3 Capital Chief Investment Officer Matt Lason.