The Internet Computer (ICP) network is solely in the hands of the community which now controls 60% of the voting power. This is according to an announcement by the team at the DFINITY foundation who also pointed out that the community has always been in control since the protocol was launched in early May of this year.

In addition, there will never be a time when the DFINITY Foundation and the Internet Computer Association will collectively hold more than 50% of the network’s voting power. Furthermore, and as more ICP tokens are distributed and staked by the community, governance will continue to become decentralized as the aforementioned two entities start to take a declining role in the running of the network.

As earlier mentioned, the Internet Computer network was launched in early May of this month with the ICP token rising quickly in the markets to post an all-time high of $737.20 on the 10th of the same month. ICP has since lost 92% of this all-time-high value and is currently trading at $57.

With the all-time high, ICP was ranked amongst the top 10 on Coinmarketcap. However, a quick glance at the tracking website reveals that Internet Computer has since dropped to the 19th spot as seen in the screenshot below.

The Internet Computer (ICP) blockchain project is the first to run smart contracts at web speed, serve web, scale and reduce the costs of running such networks by a factor of a million or more. It is based on a blockchain protocol known as Internet Computer Protocol that is constructed from a hierarchy of building blocks as illustrated in the infographic below. 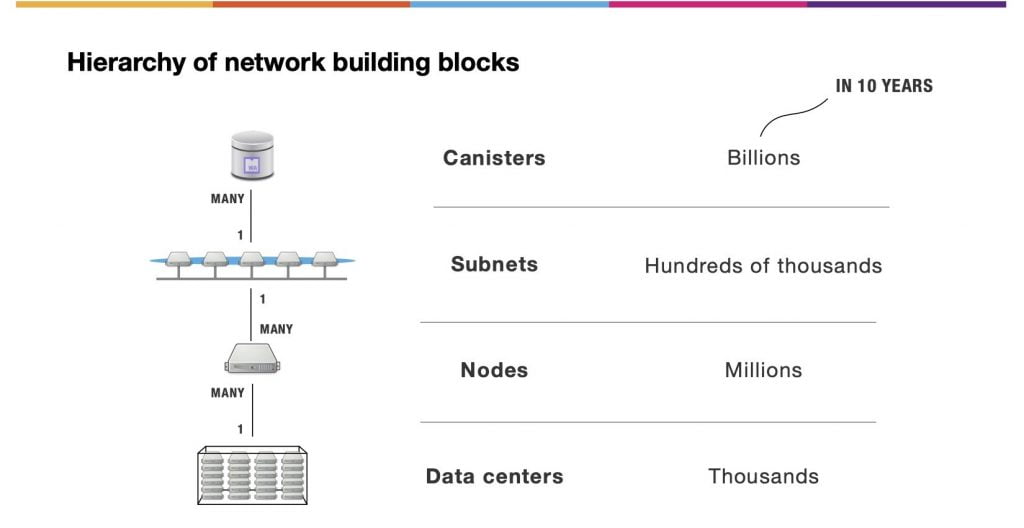