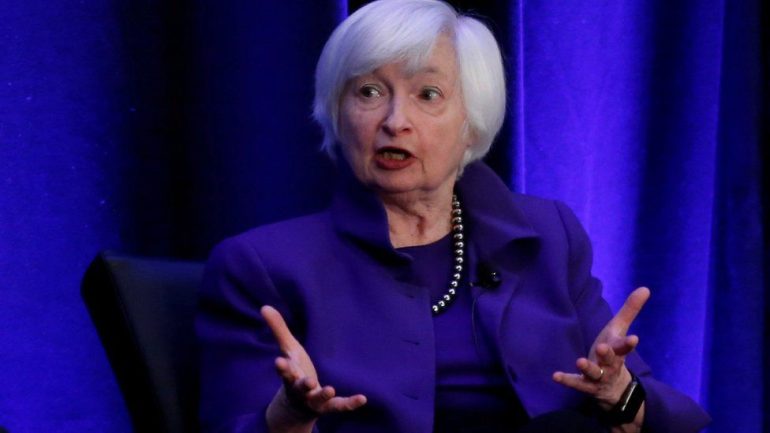 Secretary of the United States Treasury Janet Yellen released a statement endorsing President Joe Biden’s recent executive order on cryptocurrencies. The post that contained remarks has been removed since publication, but an archived version exists. The executive order is yet to be announced, but it is expected on Mar. 9, and it’s likely that the Treasury statement was published out of time.

The Block obtained a copy of the order, and it calls for a whole-of-government approach on the crypto asset class. It highlights consumer protection, financial stability and risk mitigation, the prevention of illicit activities, and the consideration of a CBDC, among other things, as priorities.

In the remarks, Yellen offered praise for the move, which is expected to motivate the creation of a digital assets policy in the country. Among other things, Yellen called for responsible innovation in the digital assets space, the prevention of illicit financial activities, and consumer protection.

Yellen is someone who has been known to be skeptical of the crypto market, urging caution in sporadic interviews over the past few years. Stablecoins, in particular, seem to be a concern for her and other U.S. agencies. To that end, these agencies seem to be working in tandem to create stablecoin focused regulation.

Among the highlights of Yellen’s remarks is the fact that the Treasury will work with other agencies in the U.S. government to review the risks imposed by digital assets. The U.S. also plans to work with international parties to consider cross-border related challenges, the statement notes.

The impression that the statement gives is that the U.S. government is in the early stages of forming regulation. The Treasury and other bodies want to assess all the risks before going ahead with any major changes to the current financial framework. This is in line with more recent events, like the SEC’s lawsuits against some projects for alleged violations of securities laws, including Ripple.

US Finally Gears Up for Some Changes

Since President Joe Biden was sworn into office, there has been a significant push towards cryptocurrency regulation. The efforts of governmental agencies to monitor and police the crypto market have increased, and now it looks like more permanent laws are coming into place.

It has been a long time coming and, in the past, there have been questions raised concerning the lack of regulation on the part of the United States. Now, however, everything from stablecoin regulation to taxation to specific securities laws seem to be on the horizon.

So far, there is no indication that the laws will be draconian. Instead, authorities are focused on ensuring that consumers are protected, sometimes sending out warnings. This is a serious concern as the market continues to be plagued by several cases of fraud, something that officials will want to stamp out quickly and thoroughly.