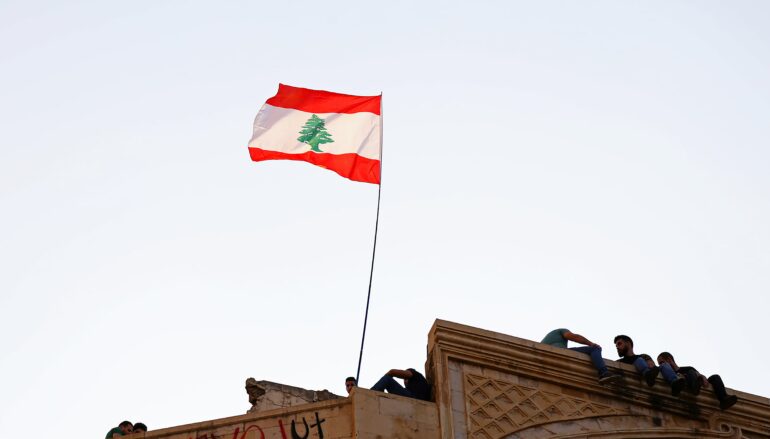 As hyperinflation grips Lebanon, the locals have turned towards decentralised mechanisms like cryptocurrencies to sustain their livelihood in the long run. Lebanese citizens have started accepting digital crypto payments, which have now become an integral part of their day-to-day lives.

Lebanese Locals Warms Up To Crypto

Lebanese citizens, according to a recent report by CNBC, have embraced cryptocurrencies in an effort to combat the hyperinflation that the country has been dealing with for years.

The country is now open to accepting payments in Tether and is slowly warming up to cryptocurrencies by making it a huge part of their day-to-day lives. The report later adds how Lebanese citizens have started to accept payments in USDT, which has now become an accepted mode of payment in the region.

Per the report, all major electronic businesses, cafes, and restaurants are now accepting payments in cryptocurrency as the Lebanese pound continues to plunge to new lows. The report also outlines how Lebanese citizens have started to use Tether to buy basic life necessities such as groceries and food

“The use of USDT is widespread.” There are a lot of coffee shops, restaurants, and electronics stores that accept USDT as a payment, so that’s convenient if I need to spend not in fiat but from my bitcoin savings. The government has much bigger problems right now than to worry about some stores accepting cryptocurrency. The report later adds

According to the World Bank, Lebanon is battling one of the most intense economic crises, spurred by the ongoing war and civil unrest that the country has been encountering for years.

“The World Bank says Lebanon’s economic and financial crisis is among the worst it’s seen anywhere on the planet since the 1850s. The United Nations estimates that 78% of the Lebanese population has now fallen below the poverty line. Goldman Sachs analysts estimate losses at the local banks are around $65 billion to $70 billion, a figure that is four times the country’s entire GDP. Fitch projects inflation rising to 178% this year — worse than in both Venezuela and Zimbabwe — and there are conflicting messages from the government’s top brass as to whether the country is officially bankrupt.”

However, amid such stark times of financial crisis and economic turmoil, Lebanese citizens have found hope in the form of cryptocurrency. Several Lebanese citizens have started to mine crypto professionally in order to earn decent profits. The region’s cheap electricity infrastructure has proven to be a boon for these miners, who are looking forward to maximising their profits.

According to Chainanalysis, Lebanon has recorded a significant surge of 147% in the total amount of crypto transactions that it processes in the region. The country is positioned only second to Turkey in terms of the volume of cryptocurrency received from other countries.

“If you had your money in the bank in Lebanon, it’s all gone. Who knows how much of it you will ever see again? Meanwhile, bitcoin rises and falls in the global market, but if you self-custody your bitcoin, you always have it as an asset, and you can use it as you see fit and send it anywhere in the world. It has superpowers compared to fiat currency. A Lebanese citizen told CNBC