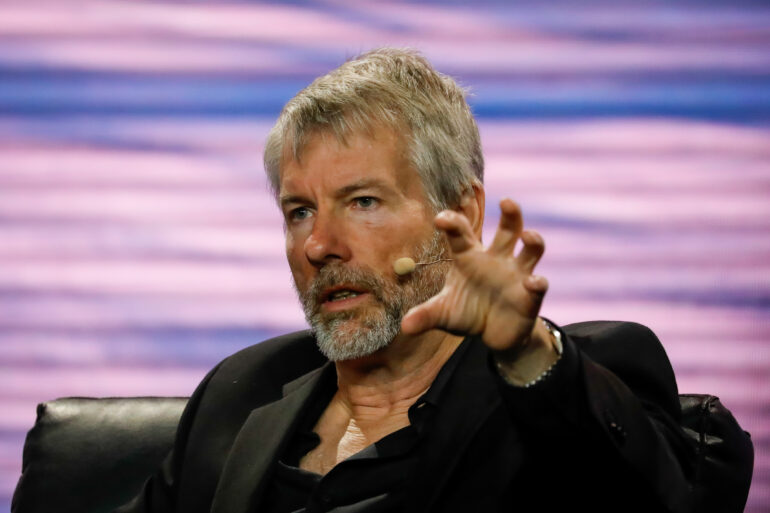 Software developer MicroStrategy bought more Bitcoin with about $42.8 million in cash, per a filing with the Securities and Exchange Commission.

According to the filing, Michael Saylor’s company scooped 2.395 BTC between November 1 and December 21, 2022. The massive buy was deployed via MacroStrategy, a subsidiary of Saylor’s technology giant.

Saylor used MacroStrategy to secure a $205 million loan for further Bitcoin investments, as reported by EthereumWorldNews in March 2022. The company bagged 4,167 BTC shortly after securing the loan from Silvergate.

Saylor’s firm acquired 2.395 BTC for an average price of $17,7821 per BTC, per the SEC filing. The software heavyweight also bought more Bitcoin on December 24, 2022 with roughly $13.6 million in cash. Per the filing, MicroStrategy bought some 810 BTC at an average price of $16,845 per Bitcoin through its subsidiary MacroStrategy.

MicroStrategy’s total BTC holdings grew to about 135,000 Bitcoin after the firm deployed approximately $56.4 million in total between November 1 and December 24, 2022 per the filing.

The firm reportedly sold 704 BTC for $11.8 million on December 22, 2022, in a bid to qualify for a tax benefit, said the SEC document. Notably, the sale marked the first time Saylor’s firm sold Bitcoin. MicroStrategy reportedly made its first BTC purchase in the summer of 2020.

Bitcoin traded at $16,656 on Wednesday after the leading crypto dropped over 60% from its all-time high in November 2021.