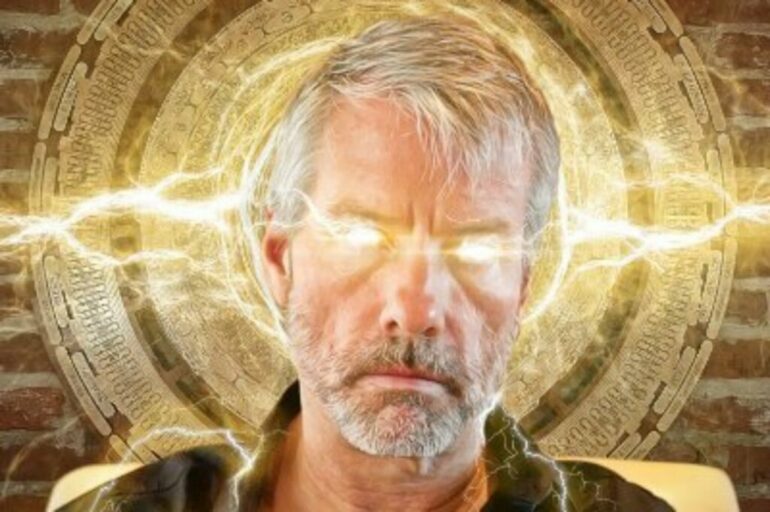 Bitcoin maximalist Michael Saylor tweeted earlier today, “Bitcoin is the heartbeat of Planet Earth.” Michael Saylor is very popular in the crypto community and is often seen making the case for Bitcoin and spreading the word about its advantages. But the real proof of Saylor’s confidence in the flagship crypto is visible on the balance sheet of MicroStrategy, the software company that he co-founded.

According to a Forbes report, Michael Saylor may have risked the solvency of the software company by taking a big gamble on Bitcoin.

MicroStrategy’s pivot from software to Bitcoin

In August 2020, Saylor, then CEO of the firm, decided that an investment in Bitcoin should be made as a hedge against inflation. He hasn’t looked back since.

With Michael Saylor at its helm, MicroStrategy acquired more than 129,000 Bitcoins. This acquisition was financed through four debt deals worth $2.4 billion, three bond offerings, one margin loan, and a $1 billion equity offering.

Saylor announced that he was stepping down from his role as CEO in August. However, the Bitcoin accumulation didn’t stop. The company’s latest purchase of $6 million worth of Bitcoins brought the total holdings to 130,000 BTC at a current value of $3.406 Billion.

So what has happened since then? Well, on 13 October, BTC plunged to $18,300, the lowest it had been in almost two years. This is where things got slightly uncomfortable for MicroStrategy. The company’s debt obligations meant that Bitcoin’s price has to stay above the $18,500 mark (their average BTC price), which would justify the holdings against its $2.4 billion debt.

Bitcoin’s dip translated to a flat $26 million loss on his investment. Additionally, such a decline in BTC’s price also renders the company’s $1 billion stock sale useless.

MicroStrategy will have to start repaying its debt in 17 months. Come December 2025, the firm will have to repay $885 Million of the debt and pay off the entire amount by early 2027.

Given that Saylor has boosted the firm’s Bitcoin holdings by employing substantial leverage, its financial health greatly depends on the recovery of Bitcoin’s price.

The bull case for MicroStrategy

The company’s core software business is failing to generate enough cash flow. While the revenue from this stream wasn’t impressive before the company’s Bitcoin purchases, the post-Bitcoin era has seen the company’s financials degrade even more.  The annual interest of $46 million that Saylor’s firm has to pay for its debts does little to ease the financials.

However, with a market capitalization of $2.2 billion, the company boasts an impressive ratio when compared to its modest annualized free cash flow.

If we zoom out and look at the MicroStrategy (MSTR) stock’s performance since August 2020, an increase of more than 75% can be seen. When compared to the S&P 500 or even gold, MSTR’s performance is nothing short of impressive.

The company’s Q3 earnings call is organized for 27 October. The data disclosed then will provide further insights into its financial health.