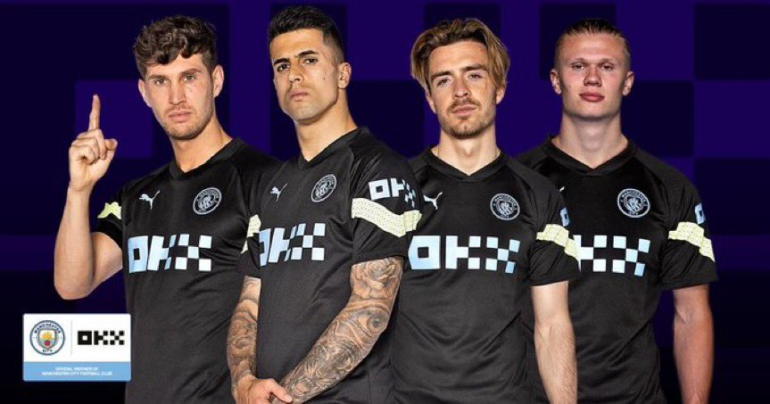 English football giant Manchester City and major crypto exchange OKX signed a fresh training kit sponsorship deal as the sports franchise moves to bolster its esports experience. The deal is also strategic for the bitcoin trading platform and could be geared towards mainstream exposure for OKC’s business.

Manchester City Football Club are the current champions of England, after clinching the Premier League title in mid-2022 for the fourth time in five years. Seychelles-based OKX is a major crypto exchange with over $1 billion in daily trading volume, per CoinMarketCap.

According to a Forbes report from back in March 2022, OKX previously signed a multi-million deal with Manchester City designed to promote brand exposure for the crypto exchange. Although financial terms were not disclosed at the time, the deal covered City’s full sports range including the club’s academy grounds, as well as the male and female teams.

OKX’s global CMO Haider Rafique explained the platform’s thought process behind the deal and opined in a thread on Monday that a trading course for investors and sports fan will follow the kit agreement.

The exchange official added that traders and athletes are also honored by the strategic partnership.

(1/2) Our logo on the Manchester City Football Club training kit is a symbol of that intention. The intention to honor the athletes and traders who make it and train to become the best in their category.

Despite the contagion in crypto, OKX looks on track to continue expansion by leveraging sports deals. Staff cutbacks are not on the books for the platform as well, as sources reported earlier.

Other exchanges like Coinbase tapped sports deals earlier in 2022 but have slowed down on spending citing a marker downturn.