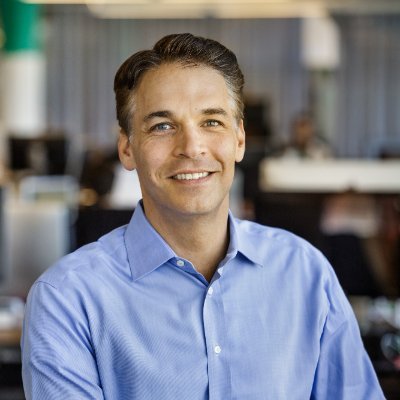 Brian Roberts, the chief financial officer of leading NFT marketplace OpenSea took to Facebook to announce his resignation from the firm.  Opensea have confirmed for EWN that the parties mutually agreed to part ways.

Brian Roberts, the chief financial officer of prominent NFT marketplace OpenSea has decided to quit the firm. Roberts was appointed as the CFO of OpenSea NFT marketplace in 2021 after working with a ride-sharing application startup, Lyft for nearly seven years.

Roberts took to Facebook to announce his resignation adding that he’s still bullish on the future of Web3 applications, especially on OpenSea and its future market policies.

“Well, it is time for me to come ashore from “the open seas. ” I am grateful for the opportunity and proud of many accomplishments but none more than the strength of the finance team at OpenSea. I had the rare opportunity to build a team literally from the ground up and handpicked game changes. I’ve been working closely with Devin Finzer and supremely capable Justin Jow to ensure a smooth transition.” The FB post was added.

In addition, Roberts also confirmed that he will continue to serve the company as its advisor in the future to help OpenSea navigate its course from time to time.

“…and I will be staying on as an advisor to the company. I remain incredibly bullish on Web3 and especially on OpenSea. The company is heads down the building and I assure you, the best is yet to come. ” Roberts later reiterated.

Robert’s resignation from the firm comes at a time when the overall NFT market is undergoing a bearish slump in its trading. Per the data collected from Dune analytics, the non-fungible token market has declined drastically in 2022 as compared to last year.

The charts show a consistent drop in overall NFT volume from $17 billion in January to $466 million in September. The price analysis includes data acquired from prominent NFT marketplaces such as OpenSea, Larvalabs, Rarible, NFTX, and Foundation. However, despite the market’s sluggish momentum, OpenSea managed to stay afloat by generating approximately $144 million in Q3.

Furthermore, OpenSea has been consistently ramping up efforts to expand its base up a notch. The company has recently announced a new feature via Twitter that allows users to officially list bulk lists and purchases on OpenSea.