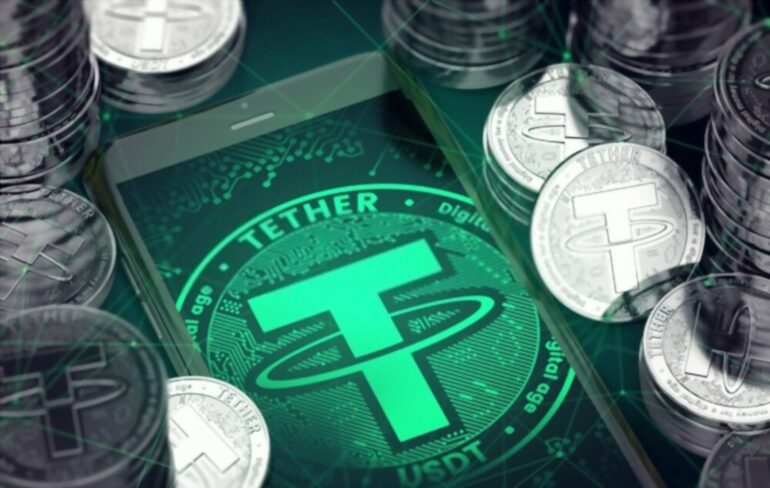 Over $7.5B in Tether (USDT) Redeemed in the Last Week as Stablecoin Anxiety Hits the Crypto Markets

Over $7.485 billion worth of Tether (USDT) has been redeemed for US dollars in the last week. According to a recent report on stablecoins by Glassnode, the circulating supply of Tether has declined from near the $81.237 billion all-time high to $75.75 billion in the stated period.

The report by Glossnode goes on to explain that the redemption of Tether for USD might have been catalyzed by the initial massive depegging of TerraUSD (UST) that soon affected USDT’s own peg to the $1 mark. The report stated:

Whilst UST was significant in size ($21B), many consider USDT at $83B in size to be systemically important to the market in its current form, being the dominant quote pair on many exchanges.

Tether announced on 12-May during the worst of the peg stress that redemptions remained open and active, and that $2B worth were already underway.

Tether is Committed to All Redemptions from Verified Customers

On the stated 12th of May, Tether issued an official statement through its website, further confirming that the company continues to honor redemptions of USDT for USD at a one-to-one ratio. The team at Tether also reiterated that USDT has ‘maintained its stability through multiple black swan events and highly volatile market conditions and even in its darkest days Tether has never once failed to honor a redemption request from any of its verified customers.’

Earlier today, the CEO of CryptoQuant, Ki Young Ju, asked Tether’s CTO, Paolo Ardoino, about the status of an audit report on USDT’s reserves. According to Mr. Young Ju, regulators and institutions are waiting on a confirmation on whether Tether’s $75 million or so worth of USDT, is fully-backed or not.

In his response, Mr. Ardoino cited the above $7 billion worth of USDT redemption for USD as evidence that the company has the liquidity to prove that the stablecoin’s reserves do exist.

A screenshot of the conversation between the CEO of CryptoQuant and Tether’s CTO can be found below. 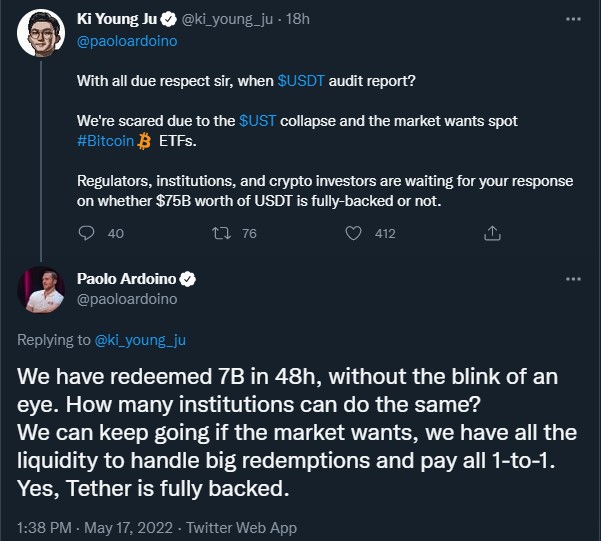