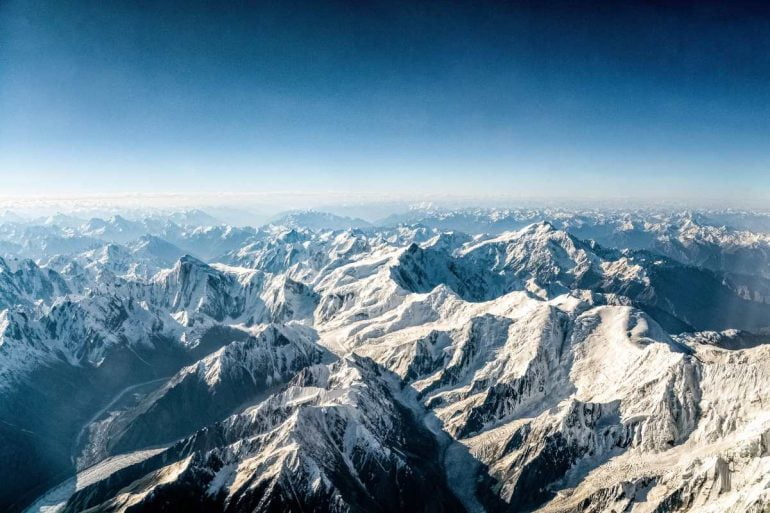 The digital asset of Polkadot (DOT) has had an eventful past week in the crypto markets by almost doubling in value since the 25th of December. Polkadot was valued around $5 on Christmas day only to skyrocket to an all-time high value of $9.53 – Binance rate – on New Years’.

The 90% increment in the value of Polkadot since Christmas has also resulted in DOT moving to the number 6th spot on Coinmarketcap as demonstrated in the screenshot below. With this move, Polkadot has edged out heavyweights such as Bitcoin Cash (BCH) and Cardano (ADA).

Furthermore, there has been a significant increment in the Twitter discussions surrounding Polkadot. According to data from the TIE, both Polkadot’s price and tweet volume are at an all-time high due to the recent price surge of the digital asset.

The team at The Tie, shared their observation of Polkadot via the following tweet and chart demonstrating an increment in DOT’s tweet volume.

Polkadot's price and tweet volume are both at an all-time high. $DOT is now the 6th largest cryptocurrency by market cap and quickly closing in on Litecoin and XRP after a 55% surge this week. pic.twitter.com/DXjN3NUM1c 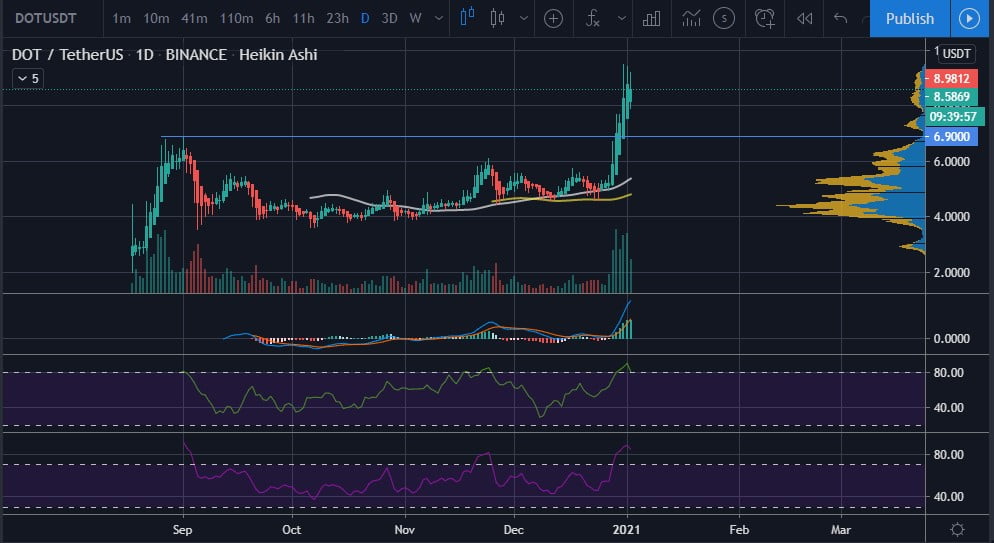 Also from the daily DOT/USDT chart above, the following can also be observed.

Summing up the brief technical analysis, Polkadot (DOT) is still demonstrating bullish momentum after posting an all-time high yesterday, January 1st. A pullback is therefore likely as demonstrated by the high MFI and RSI.

However, Bitcoin just broke the $30k price ceiling. Therefore, the general crypto market bullishness due to this milestone might provide enough momentum for Polkadot (DOT) to retest, or break, its recently set all-time high value.

As with all analyses of altcoins such as Polkadot, stop losses and the use of low leverage is advised when trading DOT on the various derivatives platforms.