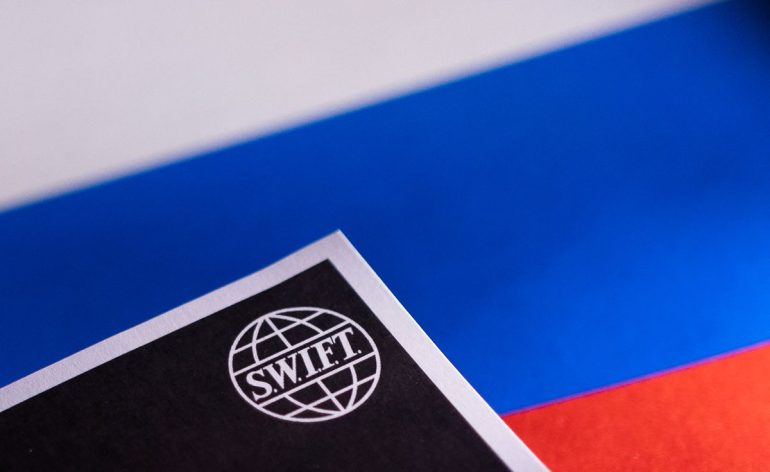 Russia’s ongoing acts of aggression against Ukraine has brought near global condemnation, and the latest in the West’s bid to punish Russia for its actions appears to be taking full form. Major western economies joined to exclude Russia from the SWIFT network, an unprecedented move that is widely seen as being a death blow for the Russian economy.

Russia’s banks have all been ejected from the payment network, including Sberbank. The latter is one of the most popular choices for foreign investors and is a good representative of investor sentiment. Sberbank will or near failure, according to the ECB, which is not a good omen for the rest of the economy.

The Russian Rouble experienced a freefall following the sanctions, now worth less than 1 cent. The consensus is the “financial nuclear weapon” that is the banning of Russia from the SWIFT network will set Russia’s economy back by generations.

In response, Moscow has initiated several financial measures to soften the blow, including raising interest rates to 20% and preventing the Moscow Stock Exchange from opening for five days. Russia has also announced that it will not let assets be sold overseas, which will only deal more damage over the long run. Analysts believe that these steps will do little to stem the hemorrhage of Russian markets.

Russian citizens are taking to crypto platforms to avoid the effects of the sanctions, though this may not last long. Ukraine’s Vice Prime Minister Mykhailo Federov asked crypto exchanges to block Russian users to ensure that the sanctions have maximum impact. The request resulted in an ambivalent response from the crypto community, and Kraken CEO Jesse Powell went so far as to say it would not be possible without a legal requirement.

Others have complied with Fedorov’s request, with DM Market announcing that it would freeze the account of users from Russia and Belarus. However, the most significant of these platforms to block Russian users are Binance. The exchange said it would block only those targeted by sanctions.
Ukraine, meanwhile, has been receiving a sizable amount of donations via cryptocurrencies. Officials have advertised bitcoin and ethereum addresses to which donations can be sent, and they have been coming in fast. The country has verified that it has received over $13 million in crypto donations, while Ukrainians are trading crypto hurriedly amid the chaos.