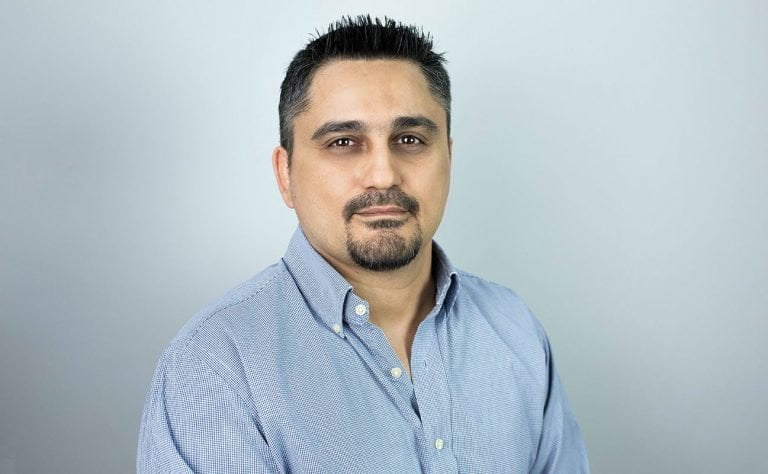 Interview with Alex Karasulu, chief executive and founder of OptDyn, the company behind the Subutai Blockchain Router and Subutai PeerOS

Alex has a 25-year background in the open source software community and is renowned for his original authorship of the Apache Directory Server, used by IBM for its Rational Directory Server and integrated into IBM’s WebSphere application middleware.

OptDyn is the parent company behind open source P2P cloud computing and Internet-of-Things cryptocurrency mining software Subutai PeerOS and associated marketplace for trading computing resources, Subutai Bazaar. It is part of a family of products that includes the Subutai Blockchain Router, a “green” token-mining cloud router and IoT gateway.

Subutai is a spin-off from a multi-million defense project for a dynamically configurable P2P cloud computing platform and its products are used daily by “individuals, gaming communities, research teams, corporations, and governments in more than 100 countries”.

Do you have any metrics on adoption?

Subutai is in use in more than 120 countries, with a high concentration of corporate and individual users in Brazil, Canada, China, Germany, Malaysia, the Netherlands, Poland, Turkey, United Kingdom, United States, and Vietnam.

Is the blockchain router basically an ASIC device?

Using FPGAs [field-programmable gate arrays – an integrated circuit that is programmable by the end user after manufacture, unlike an ASIC] maximizes efficiency and profitability over GPU and flexibility over ASIC-based mining solutions:

The Subutai Blockchain Router can be repeatedly reprogrammed to adapt to crypto network changes (ASICs are programmed for a single algorithm –if the algorithm is changed, the hardware is rendered unusable), and also mine multiple algorithms/cryptocurrencies to maximize profitability (the Router’s default setting is “Auto Mode”: intelligent algorithms automatically select which cryptocurrencies to mine and continually adjust the selection based on analytics, timing, and market changes).

Unlike GPU mining, Subutai is profitable –even in bear markets– and is sustainable due to its small power footprint which is environmentally friendly, as it can it be repurposed for high performance edge computing (among other uses), it reduces eWaste, vs. thousands of bricked ASIC miners choking landfills.

What P2P cloud systems does Subutai PeerOS work with?

Can you tell us about some of the companies using the Subutai family of products?

Subutai originated from a defense contract for an indestructible self-adaptive, decentralized multi-Cloud infrastructure. The project successfully deployed and is still in use.

Subutai is powering smart cities programs, including intelligent illumination programs in Brazil, as well as mission-critical Industry 4.0 applications such as smart grid management for the world’s largest producer of renewable energy.

The software powers every CISCO router.

The software that I originally developed are now projects at The Apache Software Foundation –Apache Directory, MINA, and Felix, among others– and play integral roles across various commercial solutions for Adobe, IBM, and Red Hat, as well as in research applications for the International Consortium of Investigative Journalists’ text and metadata processing for the Panama Papers.

Does the company have ongoing partnerships?

We have various initiatives underway in defense, financial services, IoT, Industry 4.0, and other categories.