The Founder of Tron (TRX), Justin Sun, has just pledged to buy $10 million worth of Gamestop (GME) stock tonight to assist the WallStreetBets community in ‘squeezing out those greedy hedge funds’. Mr. Sun made the announcement via Twitter where he requested the over 4 billion Asian community and over 20 million Tron community members to support r/WallsStreetBets and their cause.

Just Sun’s tweet making the pledge to buy $10 million worth of Gamestop (GME) stock can be found below.

$1 Million is Not Enough for Justin Sun

As stated above, Just Sun had initially pledged to buy $1 million worth of Gamestop (GME) via a earlier statement that can be found below.

I’ll be buying $1 Mil of $GME tonight from Asia when the market opens! Wallstreetbets community know that over 4 billion Asian community & 20 mil $TRX community are behind you! Watch out, Asians are coming! 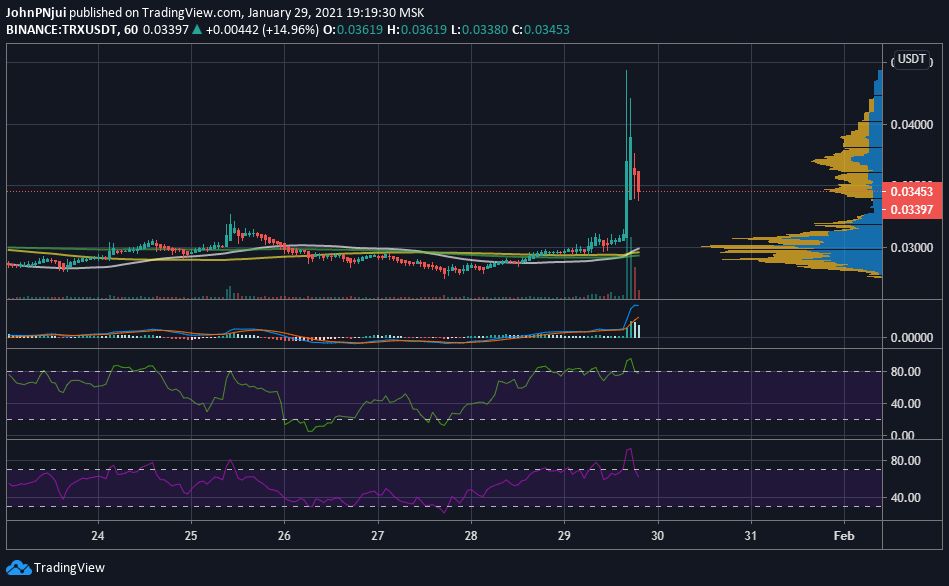 Gamestop (GME) Bounces Back Above $300

With respect to Gamestop (GME), the stock has experienced an impressive bounce to $415 from yesterday’s low of $107. At the time of writing, Gamestop is trading at $337 in what looks like a display of defiance as multiple Wall Street brokerage firms halt trading of the GME stock.

Furthermore, the r/WallStreetBets community has branched out to other social media platforms such as Telegram and Twitter thus expanding the reach of their mission to liquidate Hedge Funds. Therefore, the current price action regarding Gamestop (GME) might become a ‘financial battlefield’ between retail traders and hedge funds.