Yesterday, the Tron (TRX) network hit a new all-time high in daily transactions. According to Tronscan.org, the network handled 9,278,050 transactions in a single day.

Furthermore, the impressive daily transaction count is a 522% increment from one year ago, as highlighted by the team at CryptoRank through the following statement and accompanying chart.

Tronfoundation TRX total daily transaction count crossed the 9M mark and set a new all-time high of 9.27 million. This rate grew by 522% over the past year. 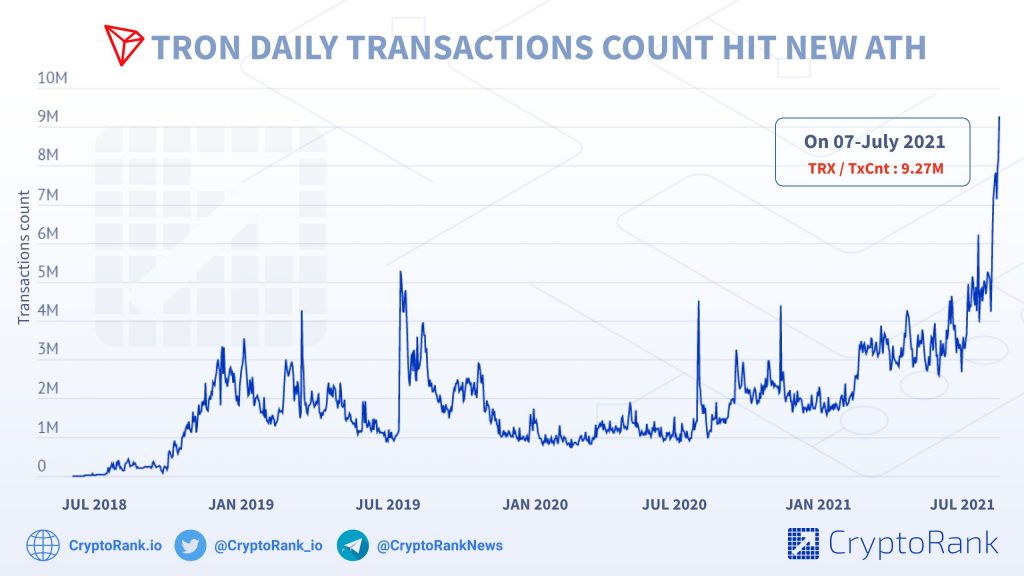 Address Growth on Tron Has Been ‘Parabolic’

The impressive amount of daily transactions on Tron is further confirmed by the growth of unique addresses on the network. According to Tronscan, the Tron network now hosts 45,161,671 unique addresses with new addresses being created at a ‘parabolic rate’ as seen through the following chart courtesy of the tracking website. 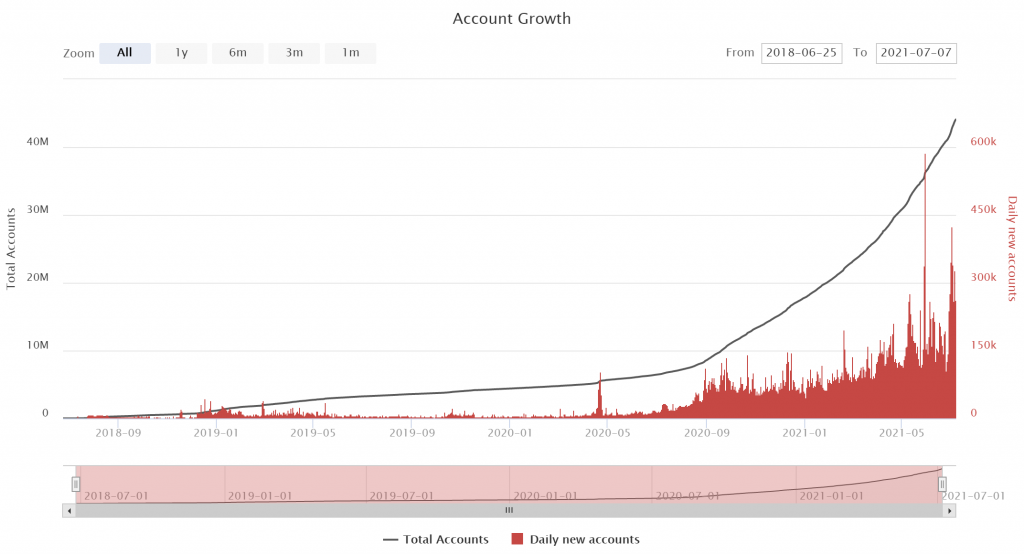 Tron (TRX) Stares at a Death Cross on the Daily Chart

Despite the impressive growth and on-chain metrics on the Tron network, the digital asset of TRX continues to face a bearish future in the crypto markets due to two reasons.

Firstly, Bitcoin is once again trading below the $33k support at current levels of $32,426. The uncertainty surrounding Bitcoin has also affected Tron (TRX) and the entire altcoin market.

Secondly, Tron is currently facing a death cross as highlighted in the following daily TRX/USDT chart. 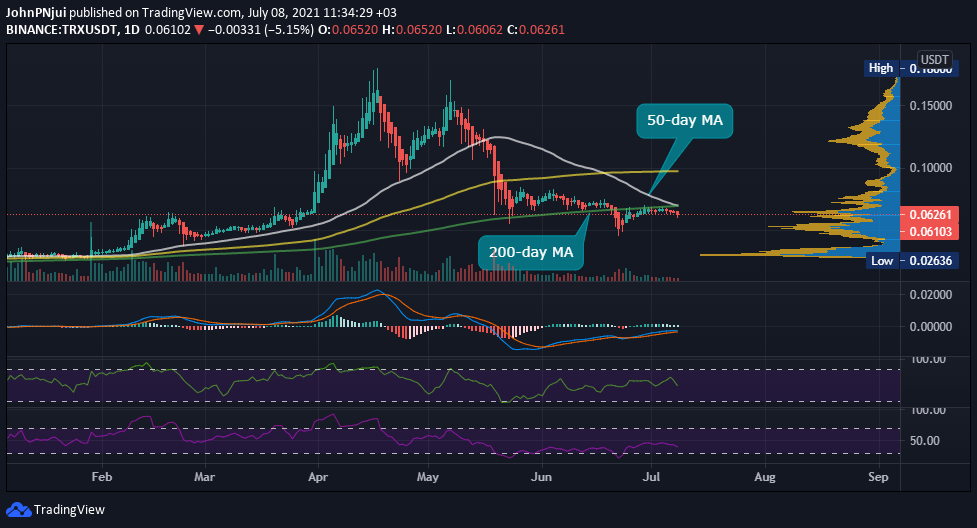 To note is that Tron (TRX) is already in bear territory having traded below the 200-day moving average since June 20th.

Also from the chart, it can be observed that the daily trade volume confirms the continual selling of Tron. The daily MACD, MFI and RSI are also hinting at a continuation of the selling of Tron (TRX) in the crypto markets that should continue for the rest of the month.