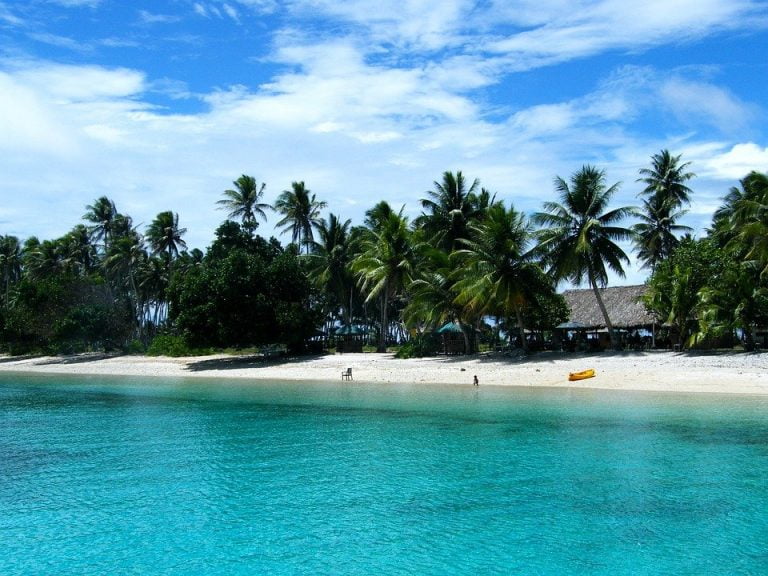 The Republic of the Marshall Islands, an island nation and a United States associated state situated near the equator in the Pacific Ocean, has been using the US dollar as money since it gained independence as a democratic country in 1979.

In order to keep up with the changing times, the Marshall Islands intends to launch its own sovereign digital currency, based on blockchain technology. David Paul, Minister In-Assistance to the President and Environment, Marshall Islands, wrote in an update posted on Coindesk that the country passed the Sovereign Currency Act last year.

The Act confirms the nation’s intentions to introduce a new currency, called the Marshallese sovereign (SOV). It will be used as a medium-of-exchange (MoE) along with the US dollar. Paul pointed out:

“Issuing a currency is of course the prerogative of any sovereign nation, but what is unprecedented is that we have chosen to issue our sovereign currency using blockchain technology.”

One of the main reasons for issuing a blockchain-based currency is that it will allow the nation’s money supply to be “predetermined and tamper proof,” Paul noted. Another benefit of issuing a distributed ledger technology (DLT)-enabled currency is that compliance would be handled by the currency’s protocol itself, while maintaining financial privacy for the nation’s citizens.

Blockchain Infrastructure Is Simple to Deploy

Explaining why a digital currency will be useful, Paul mentioned that Marshall Islands residents are currently paying as much as 10% in transaction fees when sending or receiving money using remittance services. It’s also quite difficult to acquire and install ATMs because the country is located in the middle of the Pacific Ocean, Paul noted.

However, he believes blockchain-based transactions will be significantly faster, cheaper, and simpler to execute. He also thinks DLT-based transfers are more secure, because they’re replicated across a peer-to-peer (P2P), or decentralized, blockchain network.

“The only infrastructure needed for a blockchain-based digital currency is the network itself. We do not need to create a central bank and manage the printing and processing of paper money.”

Money Supply Will Grow At Sustainable 4% Each Year

He added that the Marshall Islands government decided to put a limit on the money supply after witnessing the problems with fiat currencies which are highly unstable, because there are no restrictions on how much fiat money you can print.

David further noted that the policies of the world’s central banks are “not reassuring, as the gold and bitcoin prices attest.” He recommends taking a “more sustainable approach” to money by  not trying to use it as a “limitless” resource.

Elaborating on the details involved in issuing the country’s cryptocurrency, Paul stated that the money supply would increase at a sustainable 4% per year. The new currency will be distributed automatically to individuals and decentralized entities who’re managing the SOV’s blockchain network.

“[Marshall Islands’ government] cannot modify the money supply, and we cannot manipulate the value of our currency by printing more money.”

Another reason for launching the island’s own cryptocurrency is to ensure that the Marshall Islands has an internationally accepted currency. Due to the large number of financial crimes carried out such as money laundering and terrorism financing, it can become difficult to ensure compiance.

However, Paul explained that with a blockchain-enabled digital currency, most of the compliance processes can be automated, thus making it easier to conduct international transactions.

Integrating the New Currency Into the Existing Financial Ecosystem

In order to use the SOV currency, individuals are required to complete ID verification through a local bank or exchange. This will allow governments to carefully monitor transactions, so that secrecy and anonymity cannot be exploited by criminals.

The Marshall Islands government is working with other regulatory authorities throughout the world to make sure SOV satisfies all the relevant compliance requirements. This will allow the currency to be integrated into the existing international financial system.

During the past few years, the Marshall Islands has been trying to become more connected to the global financial system. As explained by Paul:

“By issuing a currency that is not physically embodied in cash, that can travel the globe instantly, and that is tamper-proof and completely secure, the Marshall Islands will finally be connected to the global financial system on its own terms.”