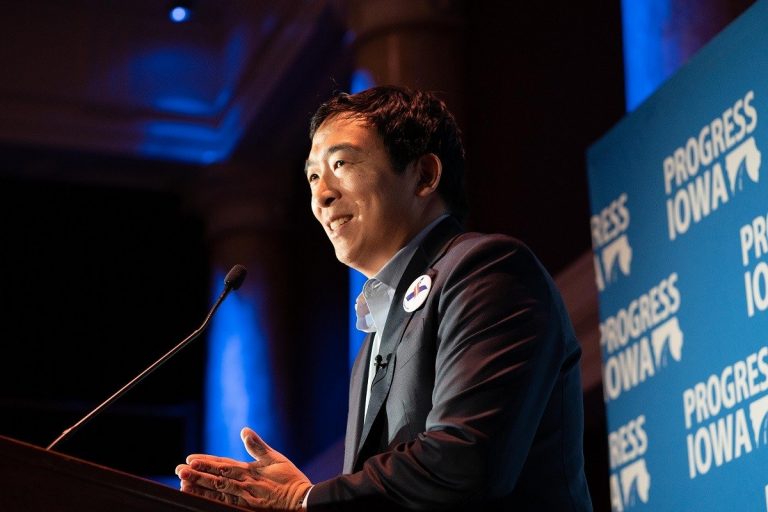 Yesterday, a post on the front page of Reddit caught this writer’s eye. “Andrew Yang wants to Employ Blockchain in Voting” was the headline — and this writer was immediately hooked.

According to a seemingly new policy page from the U.S. Presidential hopeful, known as many to be the “Asian guy who likes math”, he believes that the current voting system is currently antiquated, citing the fact that “it’s ridiculous that in 2020 we are still standing in line for hours to vote in antiquated voting booths.” While this is somewhat of an exaggeration, as not all states and regions face multi-hour wait times, many argue that this system can be sped up. Lower waiting times and an easy-to-use voting system would likely increase voter turnout and thus benefit democracy.

And per Yang, he believes this can be done through blockchain technologies. He elaborated:

“It is 100% technically possible to have fraud-proof voting on our mobile phones today using the blockchain. This would revolutionize true democracy and increase participation to include all Americans – those without smartphones could use the legacy system and lines would be very short.”

While it is technically possible, it is currently unclear if there is currently a blockchain system ready to be used by dozens of millions of Americans. Just look to Moscow, where it has been reported that a critical vulnerability has been found in a blockchain-based voting mechanism for the 2019 Moscow City Duma election. As reported by ZDNet, Pierrick Gaudry, an academic at Lorraine University and a researcher for France’s INRIA, discovered that he could figure out the system’s private keys through public keys.

To put this in Bitcoin terms, it would be as if someone could take your address and find a way to access your BTC by simply using your address.

Of course, if enough capital gets thrown at a solution for America’s POTUS election, it is likely possible that a blockchain system can be whipped up that will be secure, private, fast, and scalable.

Who is Andrew Yang?

This may leave you wondering, who is Andrew Yang?

For those unaware, Yang is a second-generation immigrant lawyer turned entrepreneur and startup founder turned U.S. Presidential hopeful. Having zero previous political experience, he is looking to bring his experience creating jobs and building teams to the White House.

As someone with roots in technology, he is very pro-innovation, actually supporting cryptocurrencies and blockchain as aforementioned. His primary policy is to implement what he has called the “Freedom Dividend”, which would be a form of universal basic income whereby American adults get $1,000 each month by simple virtue of living in the U.S.

Yang is currently a long-shot candidate, having prelim poll ratings in the low-single digits. However, he does have a budding group of supporters, the “Yang Gang”, and a chance to make his voice heard at the upcoming debates.