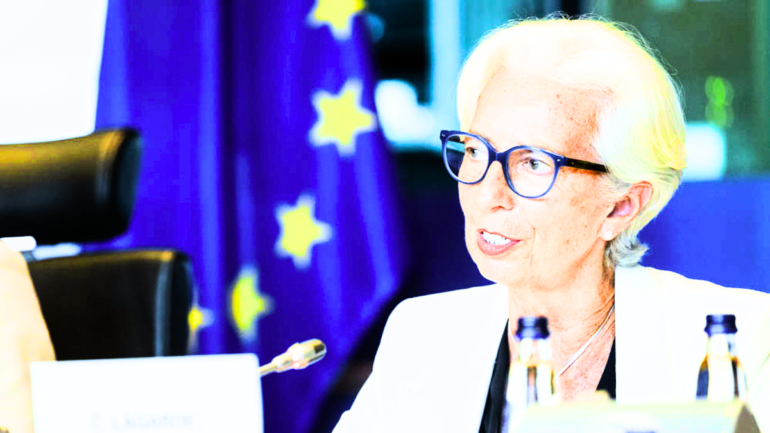 Christine Lagarde, the chief of the European Central Bank (ECB), attended an online panel today hosted by the Bank of France alongside The Federal Reserve’s Jerome Powell to share their thoughts on CBDCs and the decentralized financial sector (DeFi).

Christine Lagarde, described cryptocurrency evolution as “stormy.” According to her, crypto initially started as a cultural hype pushed by libertarians and promoted by Satoshi Nakomoto, to now being a tool widely accepted by companies such as PayPal, Mastercard, and Visa.

Lagarde followed on to say that on the darker side of this “enigmatic coin,” crypto has been abused by actors involved in the Terra/Luna fiasco, especially TFL CEO Do Kwon, who is currently on the run from authorities, which warrants regulation. As reported by EWN, Do Kwon has continuously denied being on the run and confirmed cooperating with authorities.

According to Lagarde, crypto is at a stage where between 10 and 15% of Europeans and Americans already have cryptocurrency investments in 2021. Regulators, consumer protection agencies, and financial supervisors have now become attentive to crypto developments as the industry demands regulation.

Lagarde discusses the push crypto has created on introducing more innovative ways of paying digitally. Countries like Sweden have completely removed cash, and Austria, where cash payments are not allowed over $10,000 euros. Lagarde focuses on how digital cash will be more prominent in many western countries with the Central Bank as the main anchor.

We stand for bankers, we have been operating on a monetary anchor in relation to the commercial banks and the private money. If we are not in that game, if we are not involved in terms of digital central bank money we risk losing the role of “anchor”, that we have played for many many decades. We have historical examples of periods where the Central Bank monetary anchor was not there, and that precipitated in crisis after crisis. That certainly was the case at the time of the “free banking” in the 19th century. Do we want to go back to those days? Probably not, I would say. Certainly not from our vantage point. As a result of this we have to respond to the demand for those digital payments in order to maintain the role of anchor that we have been playing regularly.