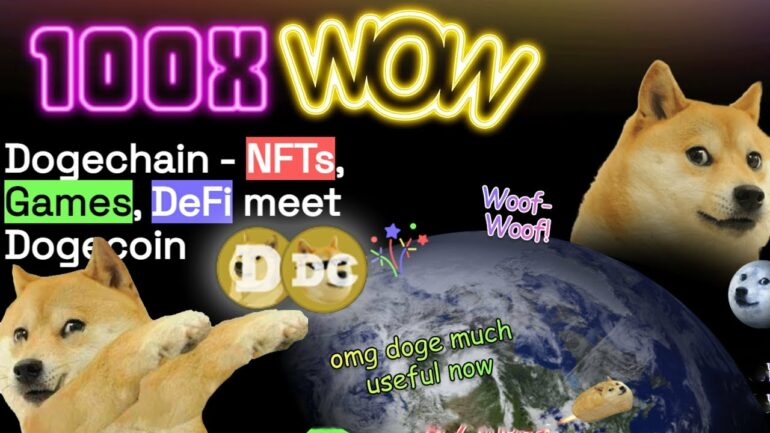 What is Dogechain? The Reason Behind DogeCoin’s Massive Rally

Meme coins like Dogecoin and Shiba Inu rallied yesterday, with Dogecoin going up 15% in just 24 hours. Behind this meme coin rally, was the launch of DogeChain, DogeCoin’s L2 network which could bring more utility to Doge.

DogeChain branded as Layer 2 for DogeCoin aims to supercharge $Doge by bringing crypto applications such as NFTs, games, and DeFi to the $Doge Community. This provides $Dogechain holders with more utility than simply holding their coins and waiting for them to increase in value.

Even though it is described as a Layer 2 network, it isn’t truly the case as DogeCoin is built in a separate network on Polygon Edge, one of the most popular Ethereum layer 2.

Built by Doge holders, for Doge holders, DogeChain is not an “official” DogeCoin project. The official Twitter account of the Dogecoin foundation confirmed this by retweeting the below message.

Claims in paid media that Dogecoin launched a “Dogechain” test network are false. Neither @dogecoin, @dogecoin_devs, nor @billyM2k @ummjackson or others associated with @DogecoinFdn are in any way affiliated with the token.

How do you bridge on DogeChain?

DogeCoin holders can click on the “Bridge $Doge to DogeChain” link to bridge their $Doge in this chain.

Once bridged, Dogecoin holders will receive Wrapped DogeCoin ($WDoge), which they can use to interact with all the DeFi apps available on Dogecoin as well as any potential NFT Marketplaces and Games.

According to the Dogechain team, the numbers on chain have increased exponentially since launch. The network has gained approx 58,000 wallets and more than 480,000 transactions.

Promise for an airdrop?

The increase in interest in the chain could also be attributed to a promise on their site that all Doge holders will eventually get a free DogeChain ($DG) airdrop later in the year, with a snapshot to be taken very soon.

Many users are bridging to Dogechain, and many others are warning users to bridge with caution.

Some users have compared the network to previous chains such as Binance Smart Chain or BSC, where it was incredibly easy to launch new tokens and rugpulls were common. Roc Zacharias, the co-founder of Polygon tweeted to say that this is “literally the Wild West on Dogechain”.

According to him, more serious DeFi projects such as QuickSwap, FraxFinance, FraxSwap and Beefy Finance will be integrating soon with Dogechain.

Interestingly rival meme coin Shiba Inu is also set to launch its own L2 token soon. Could this be the beginning of meme coin season?