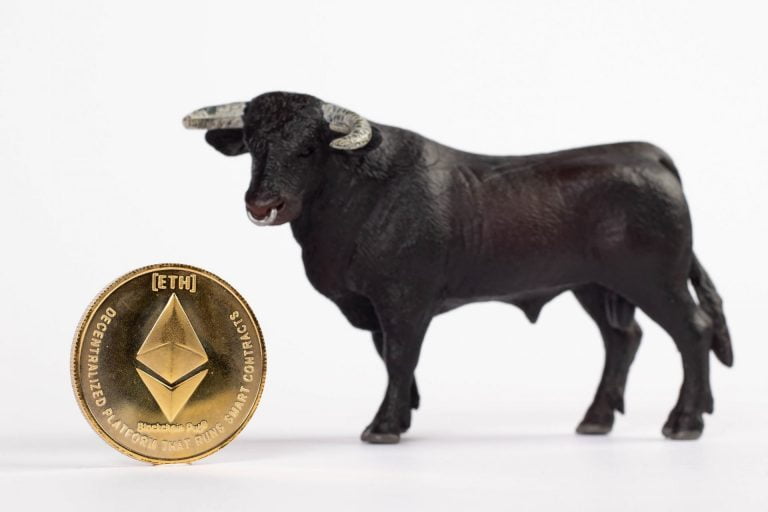 Altcoins seem to be back — for now. As of the time of writing this, Bitcoin dominance has hit 70% on CoinMarketCap, falling from a two-year high of 71.25% established in the middle of last week. While there are some altcoins that have managed to surge beyond compare, like EOS (which was up some 12% yesterday), all eyes seem to be on Ethereum (ETH), which many say will dictate where this subset of cryptocurrencies heads next.

With Ethereum managing to outpace Bitcoin for the second day in a row, analysts are actually starting to flip bullish on the cryptocurrency.

According to analyst CryptoWolf, ETH is currently tracing the price action of Bitcoin in late-2013 to early-2016. As he depicts in the chart attached to his tweet below, Ethereum, just like Bitcoin back during its first large market cycle, saw a parabolic run-up, a bull trap, further crash, months of bottoming accumulation, and then a “mini rally” during which investors turned bearish once again.

Analyst Rekt Capital brought credence to CryptoWolf’s analysis, writing in reply to the fractal that “this makes a lot of sense since ETH and BTC have been, for the most part of 2019, very correlated in their price action.”

Rekt Capital also referenced the tweet you can see below, in which he postulated that should his fractal come to fruition, Ethereum will soon bounce to $360, then surge to potentially new all-time highs come the end of 2020.

CryptoWolf’s fractal is consistent with a growing sentiment from Ethereum bulls that ETH is undergoing its first large bear market in its lifespan.

His comment is reminiscent of one from Chris Burniske, the Placeholder Venture partner who famously coined the term “crypto assets”. In August, Burniske argued that Ethereum is like Bitcoin in 2014 and 2015, which is when the “OG” cryptocurrency had the “best risk/reward period for investors”.