Bitcoin is once again showing signs of weakness as it has just retested the $34,300 price area a few moments ago. The latter price level is significant in the sense that it is the 50% retracement level of Bitcoin’s move from the March 2020 low of around $3,782 to the April 2021 peak of $64,584.

This new dip to $34,300 increasing the chances of Bitcoin retesting Wednesday’s low of $30k during the weekly close which is only a few hours away. Also worth mentioning is the fact that Bitcoin has failed to reclaim the 200-day moving average (green) as seen in the chart below. 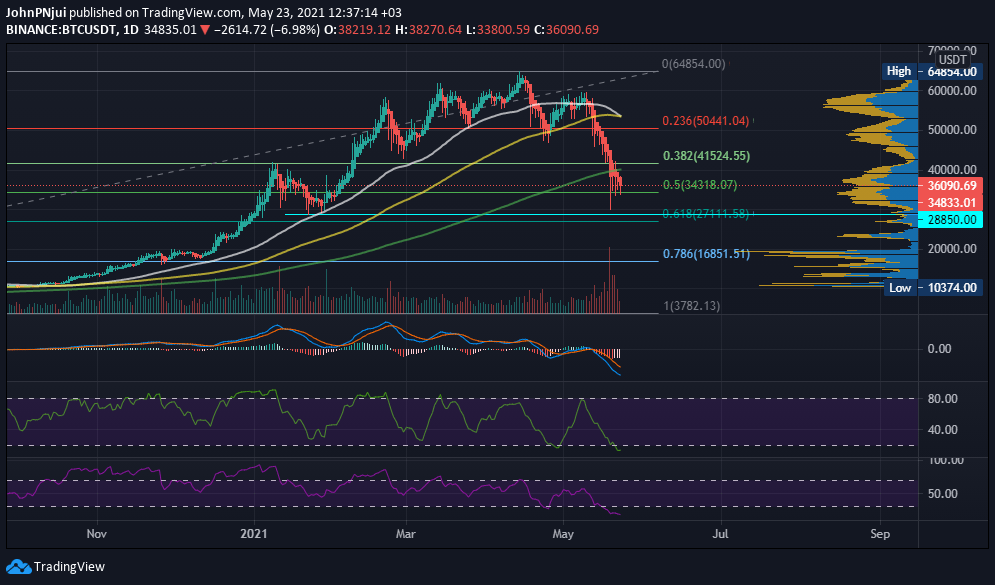 Bitcoin’s failure to reclaim this important moving average is a confirmation of an ongoing correction that could soon result in BTC’s $30k breaking.

In an earlier Twitter commentary, popular Bitcoin and crypto analyst, MagicPoopCannon, also pointed out the significance of the 200-day moving average in determining whether BTC remains in bullish territory.

According to Magic, Bitcoin has spent too much time below this line, and chances of a bear market are increasing with each moment BTC spends below the moving average. An excerpt of his analysis can be found below.