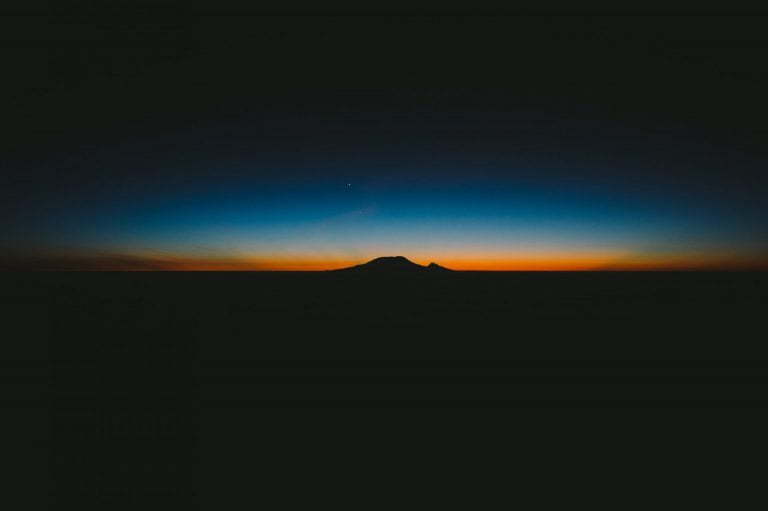 If you haven’t checked a Bitcoin price tracker in the past few hours, you may be in for a bit of a harrowing surprise:

As reported by Ethereum World News previously, bears are ravaging the cryptocurrency market once again. Bitcoin, as of the time of writing this article, is trading at $7,800, trading 5% down in the past 24 hours. Altcoins, too, have been suffering, falling by even more as traders seek the relative safety of the market leader.

Unfortunately, analysts aren’t expecting this move to come to a head any time soon. In fact, many are still forecasting further losses, as long as bulls don’t manage to recover BTC.

Some analysts have gone as far as to say that Bitcoin may be in for another “bear market”. Whether or not this is true yet remains to be seen, though.

Watch Out Below: Bitcoin to Fall Further

The consensus between leading analysts is that Bitcoin isn’t done falling yet.

Prominent trader Don Alt recently pointed out that with Bitcoin’s recent loss of $9,300, it has been stuck in no man’s land between two key levels. The lower support is in the low-$7,000s, still a few percentage points lower than the current price of $7,900.

Also popular analyst Josh Rager has echoed this, writing on Tuesday night that he was expecting for Bitcoin to fall to the low-$7,000s, adding that there is a mass confluence of buyers mid-$6,000 region.

While the consensus seems to be that Bitcoin will drop further, one analyst recently pointed towards an interesting bullish sign, hidden among the swath of technical indicators and noise.

In their Telegram channel, Crypto Hamster pointed out that there is a clear bullish divergence on Bitcoin’s four-hour chart, with the Relative Strength Index reading rallying as BTC fell further. The analyst suggested that this is a sign that “this move down is false”. 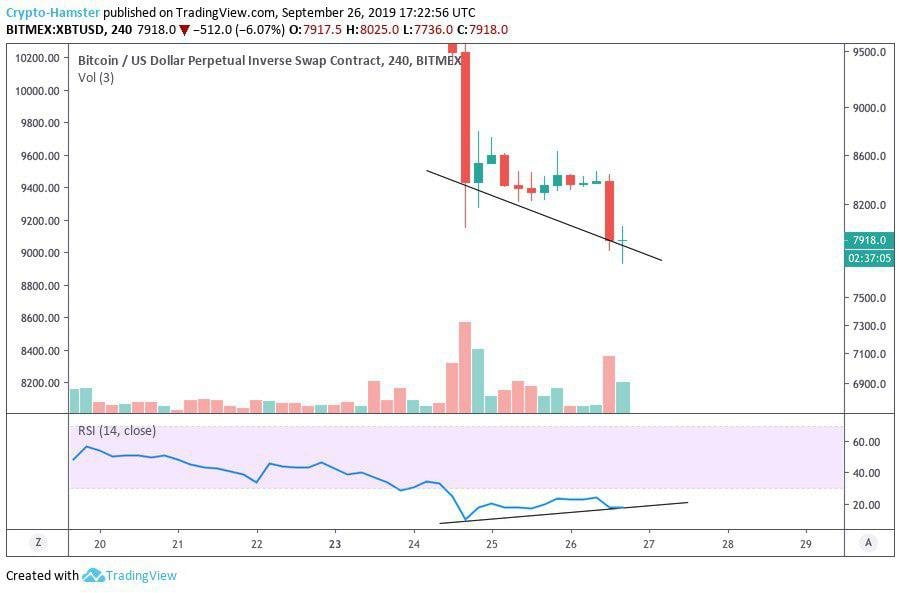