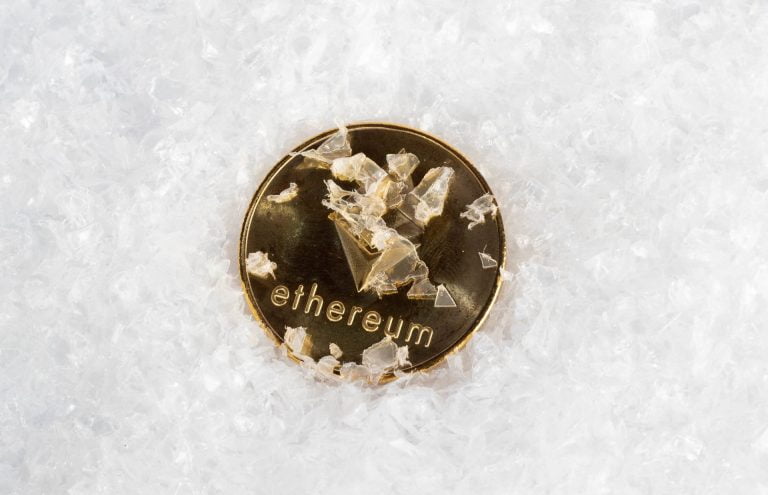 Analysts Get Excited About Ethereum as Altcoins Show Sudden Strength

Ethereum Poised to Bounce… Against USD At Least

Today was a weird day for the crypto markets. For the first time in seeming months, altcoins dramatically outperformed Bitcoin — managing to gain multiple percent on the market leader.

While Bitcoin has gained 1.3% over the past 24 hours, leading altcoins, including everything from Ethereum and Bitcoin Cash to Monero and Chainlink, have rallied higher by some 4% or 5%, and even further in some cases.

While many “bags” are pumping, the obvious standout is Ethereum, which has notably been slammed both in terms of price action and sentiment over recent weeks. In fact, Ethereum is still down some 80% from its all-time high and recently reached a level not seen in two years when pitted against Bitcoin. But, at long last, some say the cryptocurrency may be ready to break higher.

Analyst InSilico recently posted the tweet below, showing that Ethereum is showing signs that it wants to finally break from the downward channel it has been stuck in for months. He shows that Ethereum has been testing the upper bound of the aforementioned channel multiple times, implying bulls are looking to take over, and the Fisher indicator has shown a series of higher bottoms, implying bears are losing steam.

The Crypto Dog, a well-known analyst with over 100,000 followers on Twitter, echoed the excitement of his peer. In a tweet responding to the above-mentioned analysis, Dog wrote that he “likes Ethereum over the next few days, weeks, maybe months,” adding that he has been buying the cryptocurrency at spot in anticipation of price appreciation.

That’s not the only thing that is in favor of bulls. As reported by this outlet previously, the one-week stochastic recently flipped bullish on Ethereum’s one-week chart, which comes after a two-month-long bear trend that originated in early-July. The stochastic is an oscillating technical indicator that tracks trends, implying that a bull trend is forming.

This comes shortly after many ETH investors have claimed that Ethereum has (nearly) bottomed.

His comment is reminiscent of one from Chris Burniske, the Placeholder Venture partner who famously coined the term “crypto assets”. Earlier this week, Burniske argued that Ethereum is like Bitcoin in 2014 and 2015, which is when the “OG” cryptocurrency had the “best risk/reward period for investors”.