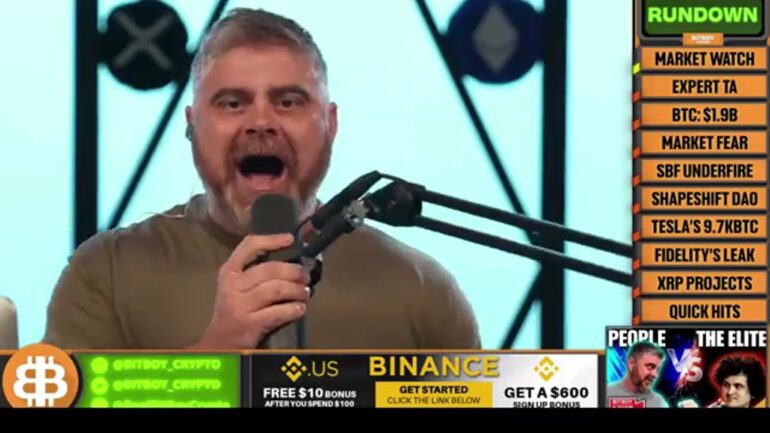 Business and FinanceCryptocurrencyNewsWallets and Exchanges

The source of these controversial statements can be traced back to the comments section of Sam Bankman-Fried’s proposal for crypto regulation. On 20 October, the FTX chief tweeted his thoughts on crypto regulation and attached possible policy standard for the industry. This regulatory policy had language which suggested that crypto assets deemed as securities would face delisting from FTX. The policy recommended that OFAC sanctions be respected. This likely didn’t sit well with the community, which is already upset over the Tornado Cash sanction by OFAC. Bankman-Fried also suggested that bug bounties be capped at 5%.

BitBoy responded to this proposal by calling the FTX CEO a liar and accusing him of pumping Solana. This prompted the response of Ryan Adam, the man behind the blockchain newsletter Bankless, who called out BitBoy for not being a representative of the crypto community.

Later that day, BitBoy, who has gathered millions of followers across social media, went on a swear-filled rant during a live YouTube stream. He proceeded to call the CEOs “devils”, saying that he had had enough of corporate entities running stuff in the crypto industry in addition to accusing Adams of misleading the crypto community.

In his YouTube stream, the influencer reassured his followers that it is in fact he who is trying to save crypto and that money does not motivate him.

Armstrong also hinted at a bill that is supposedly for the people and has secured enough funding to proceed.

Often in the news

BitBoy constantly finds himself in the middle of controversies. A couple of weeks ago, the 39-year-old crypto influencer was in the news for accusing former SEC Director William Hinman of accepting bribes.

In August 2022, BitBoy made the headlines for withdrawing a lawsuit against fellow Youtuber Atozy after pursuing the defamation case for almost eight months.

In July 2021, YouTube banned Armstrong’s channel. He described it as “censorship and unfair crackdown on crypto” and urged his followers to retweet his complaint in hopes of getting the ban reversed.

The followers rallied behind the influencer and the petition saw participation from the broader crypto community as well. This led to YouTube revoking the ban in less than 12 hours.