The Bitcoin market might have entered the ‘greed stage’. This is according to an analysis done by the CEO of CryptoQuant, Ki Young Ju, who pointed out that BTC traders are continually using high leverage.

Furthermore, the amount of leverage being used by Bitcoin traders has increased since February this year. Mr. Young Ju shared his analysis through the following statement and accompanying chart.

BTC market is in the greedy stage.

How much leverage people bet in derivative trading can indicate investors’ fear and greed. It has increased since February.

I’m not saying bearish, but I usually recommend buying when it’s in the fear phase. 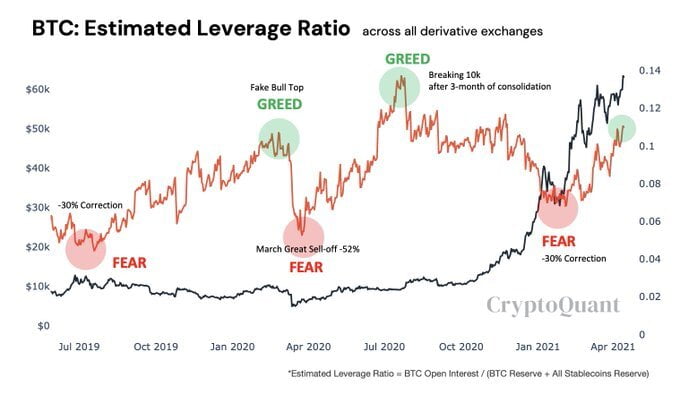 A Bitcoin Top Could be Near Based on the Weekly Chart

Expanding on the observation of the CEO of CryptoQuant, on a macro level, the weekly Bitcoin chart hints at an overbought scenario for the King of Crypto. The chart, which can be found below, is clearly in parabolic territory dwarfing the 2017 bull season by a factor of 3. 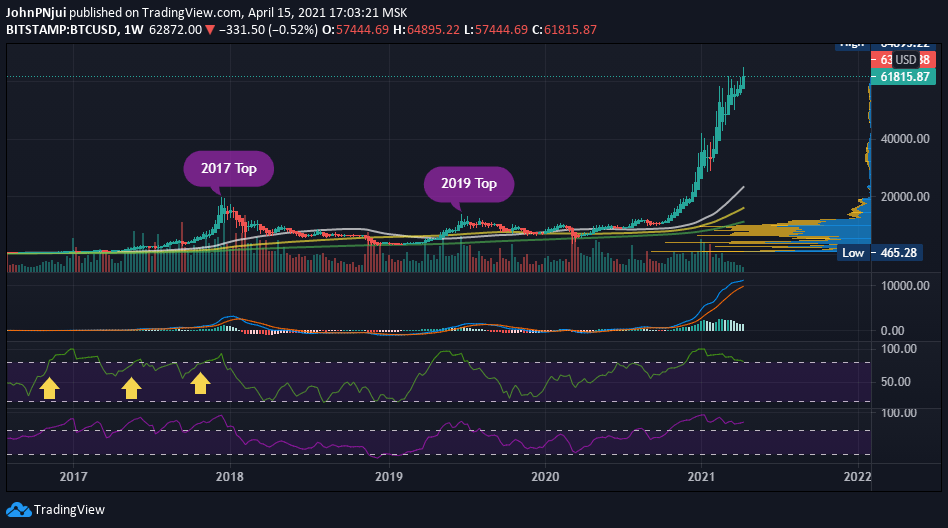 Also from the chart, it can be observed that the weekly MACD is overextended and hinting at an overbought scenario with a pullback in the weeks to follow. Furthermore, the weekly volume is also decreasing indicating a reduction in buying. The weekly MFI and RSI are also overbought at values above 80.

To note is that the weekly MFI and RSI crossed overbought territory numerous times leading up to the 2017 peak. Therefore, if the 2020 – 2021 bull season follows a similar path, then the top might just be a brief pause followed by a continuation to higher levels.

However, if the current Bitcoin market is similar to that of 2019 where the weekly MFI and RSI were in overbought territory only once, then a peak is in sight for BTC.