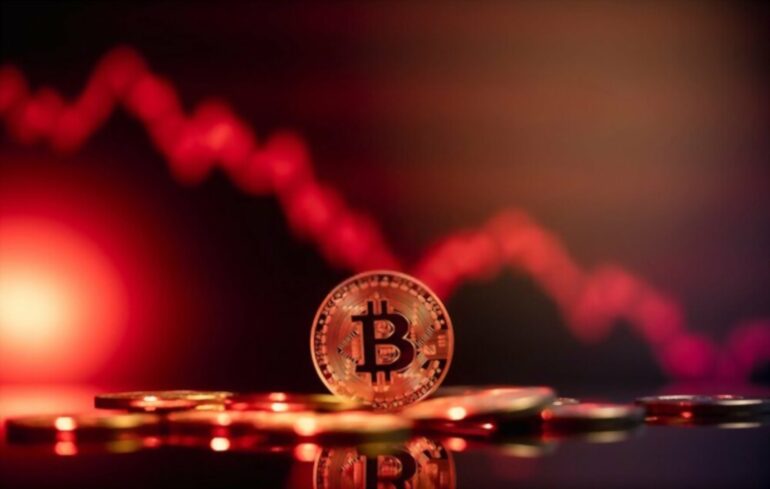 Bitcoin and crypto analyst, Timothy Peterson of Cane Island Alternative Advisors, has forecasted that the United States might already be in a recession. He shared his analysis of a possible slowdown in the US economy through the tweet below that quoted a CNBC article pointing out that the Atlanta Fed GDP tracker also hinted that the country was likely in a recession.

In another analysis back in May, Mr. Peterson had forecasted tough times for Bitcoin and crypto in the scenario a US recession was confirmed. He explained:

70% chance we are in recession right now. If so, would not be announced until 3rd week of July when data comes in. Expect 20-40% downside in markets, including crypto.

In another tweet which can be found below, he used the RIGZ Viridi Bitcoin miners ETF to forecast further that a 40% drop in BTC’s value is possible in the future.

This is the $RIGZ #bitcoin miners ETF. If miner performance is any indication, then bitcoin would fall by another 40% at least. pic.twitter.com/euiVrOm56A

Bitcoin’s Previous All-time High Around $20k is The Level To Watch.

In another analysis, Bitcoin analyst MagicPoopCannon stressed the importance of BTC’s 2017 all-time high of around $20k. According to Magic, Bitcoin continuing to trade below this level is a bearish sign. He said:

Selling is starting to pick up. I’m not going to be long below the 2017 high right now. Just watching. We need to get back above that.

What the Daily BTC/USDT chart Says.

At the time of writing, Bitcoin is trading at $19,048 and continues to battle to maintain a value above the $19k support level. Additionally, the King of Crypto is still trading below the critical 2017 all-time high of $19,798 – Binance rate. The daily chart below further provides a visual cue of the situation.

Also, from the chart, it can be observed that Bitcoin remains in bearish territory below the 50-day (white), 100-day (yellow), and 200-day (green) moving averages. The daily RSI points towards an oversold scenario with the daily MFI in neutral territory around 50.

The daily trade volume is still in the red for an eighth consecutive day, with low buyer interest confirmed by the histograms of the daily MACD.

As a result, Bitcoin remains weak over the weekend, with the weekly close likely to provide a clear path for the new week. In addition, the US markets are observing the July 4th weekend, which rolls over into Monday. Therefore, volatility and market clarity for Bitcoin might arrive on Tuesday, July 5th.