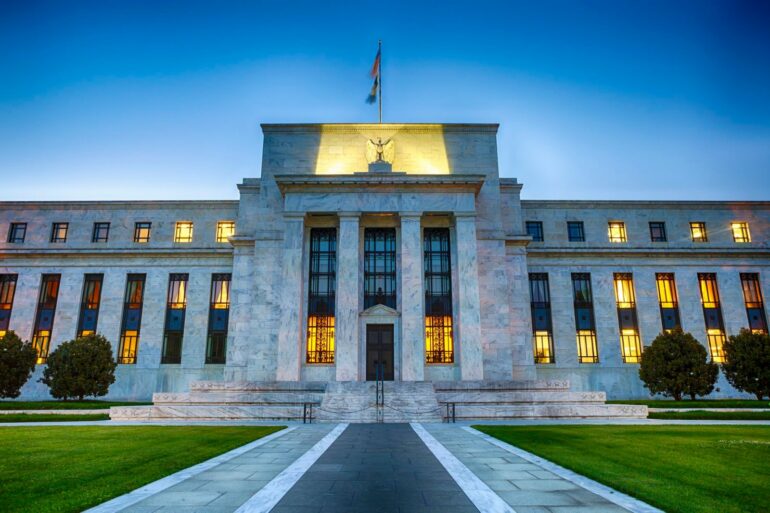 Moments ago, the US Federal Reserve announced increasing its main interest rate by 75 basis points or 0.75%. This increment is the biggest since 1994, signaling the potential for more aggressive hikes this year as the United States Federal Reserve works towards managing runaway inflation in the country.

According to Bloomberg, the US Fed is projected to raise interest rates by a total of 3.4% by the end of the year. This, in turn, means that there is another 1.75% increment in the pipeline.

Such a High Increment was Predicted to Inspire Investor Confidence in the Markets.

Such a considerable rate increment would naturally cause panic and fear among investors. However, the inverse is the case. Many investors had viewed such an increment as the US Fed’s acknowledgment of runaway inflation. It also shows that the Fed is willing to act aggressively against inflation.

The team at Zero Hedge had shared their insights as to why this was the case by stating high interest rates would mean that a recession would happen quicker. They said:

Fed hiking 100bps will send them higher and 150bps highest… as it means recession, rate cuts and QE come much faster.

In another Tweet which can be found below, the team at Zero Hedge floated the same theory about a quicker depression ushering in an era of ‘new all time highs.’

Translation: the Faster fed hikes into a depression, the faster the Fed QEeez its way to new all time highs. https://t.co/nH65uzXgdX

Concerning the value of Bitcoin, its $20k support held as the 75 basis point interest rate increment was announced. In addition, the $20k price area looks more like a possible bottom that will only be confirmed with time.

Taking a look at the daily BTC/USDT chart below reveals that the $20k price area is significant support, given that it was Bitcoin’s all-time high back in December 2017.

Also, from the chart, Bitcoin’s daily MFI, RSI, and MACD indicate an oversold scenario that could lead to a significant bounce at least towards $23k before a rejection at this resistance level.

Furthermore, Bitcoin has deviated significantly from the 50-day moving average (white), hinting at either consolidation till the MA catches up or BTC gaining value to retest it.

But caution is still advised given the volatile history of Bitcoin and crypto markets since early May when UST depegged.