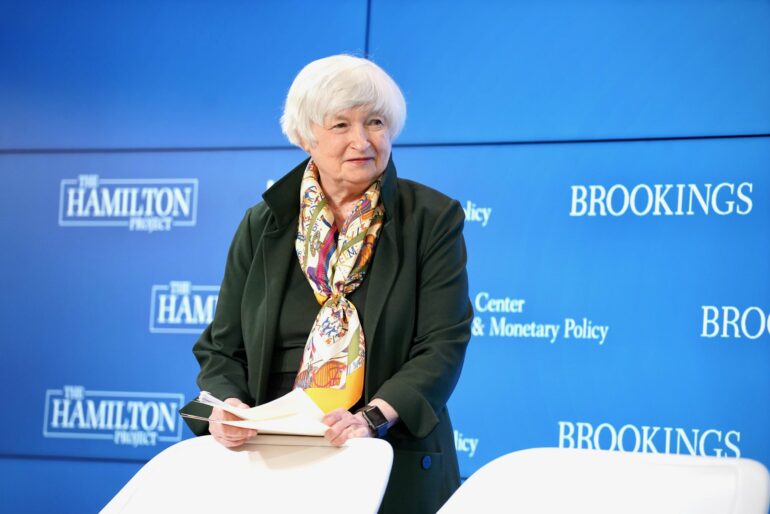 UST Depegging Catches the attention of US Treasury Secretary Yellen, Who Calls for Stablecoin Regulation by EOY

TerraUSD’s (UST) woes in the crypto markets in the last few days, have not gone unnoticed by officials at the US Treasury. Earlier today, US Treasury Secretary Yellen pointed out the risks of stablecoins such as UST during a Senate hearing in Washington, DC. She said:

I would note that there was a report this morning in the Wall Street Journal that a stablecoin known as TerraUSD experienced a run and declined in value. I think that this simply illustrates that this is a rapidly growing product and there are risks to financial stability and we need a framework.

US Treasury Secretary Yellen was responding to a question on stablecoins by Senator Pat Toomey. She also added that stablecoin regulation is important and urgent and that Congress should provide a direction by the end of the year.

Terra’s Do Kwon To Announce a Recovery Plan

At the time of writing, Terra’s Founder, Do Kwon, has stated via Twitter that he is set to announce a recovery plan for UST very soon and that he did not mean to be so quiet over the last few days.

Didn't mean to be so quiet – needed razor focus to deliver, thanks everyone for the support.

The Luna Foundation Guard at One Point, Drained its Entire Bitcoin Reserves

Last clip withdrawn by the LFG was ~37K BTC.

Similar to the last deployment, it has been loaned to MMs.

Very little of the recent clip has been spent but is currently being used to buy $UST.