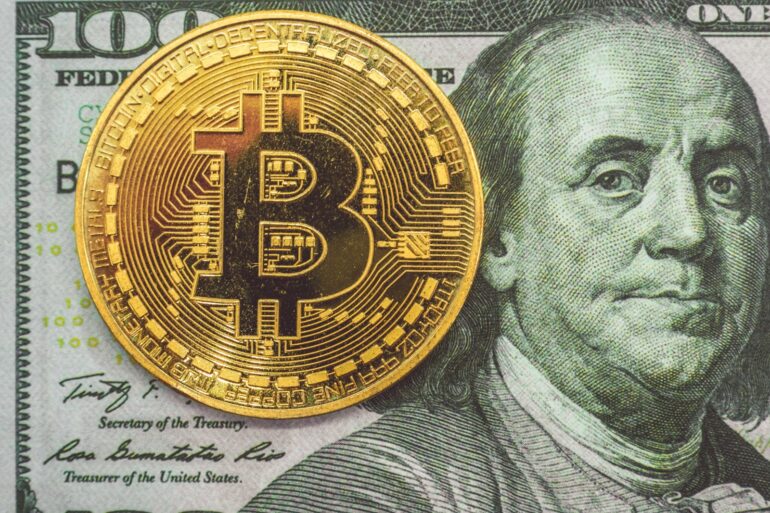 The continually tested narrative of Bitcoin being a store of value is once again gathering momentum as countries worldwide are diversifying their foreign currency reserves away from the dollar.

The possibility of Bitcoin becoming attractive as a store of value was explored by the Crypto Venture Advisor at Presight Capital, Patrick Hansen, who pointed out via Twitter that the war in Ukraine could accelerate the trend of counties allocating less USD to their foreign currency reserves. He also added that ‘retail investors, corporate treasuries, and increasingly central banks are all looking for alternative stores of value’ and hinted that Bitcoin fits the bill of such an asset.

The de-dollarization is well underway and recent events in Ukraine will only accelerate this trend.

Mr. Hansen was responding to another Tweet that elaborated on the shift by countries worldwide away from the US dollar as a reserve currency. The analysis pointed out that according to J.P Morgan, the proportion of foreign reserves allocated to USD assets had declined by 5% since 2018. Additionally, after the COVID19 pandemic, the US dollar’s share of foreign reserves fell to an all-time low of less than 59%.

Israel Adds the Chinese Yuan/Renminbi to its Reserves

One country that has reduced its holdings of the USD in its reserves is Israel. According to a report by Bloomberg, last year, Israel’s Central Bank added the Chinese Yuan/Renminbi alongside other three currencies to its reserves to the tune of $200 billion. Furthermore, beginning this year,’ the currency mix will expand from the trio of the U.S. dollar, the euro and the British pound to include the Canadian and Australian dollars as well as the yen and the yuan, which is also known as the renminbi.’