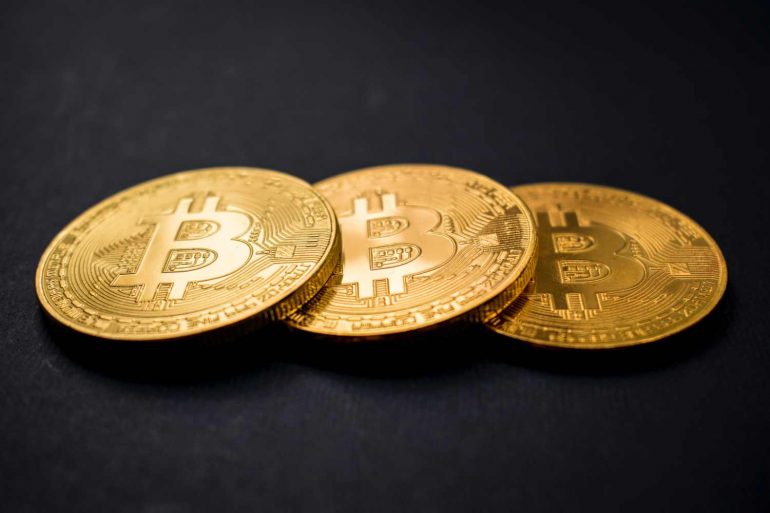 Bitcoin whales holding between 100 and 10k BTC accumulated 60,000 more coins in the largest daily accumulation of 2021. The event which happened yesterday, June 3rd, was captured by the team at Santiment through the following statement and accompanying chart. 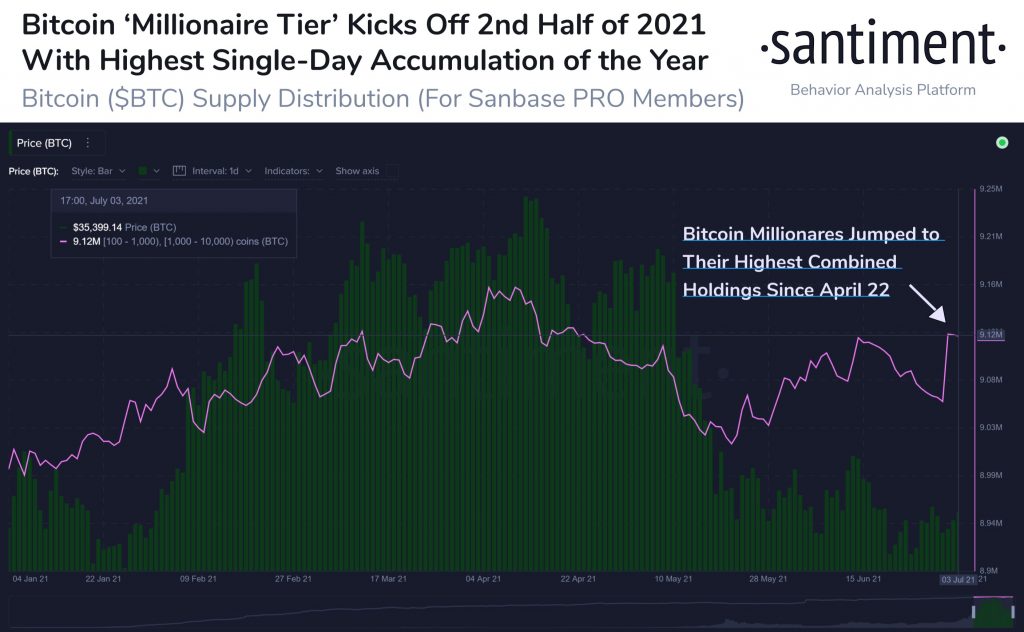 The accumulation of 60k BTC by whales was also captured by Veteran Bitcoin analyst, Willy Woo, who compared the buying of more Bitcoins to ‘eating’ as seen in the following tweet.

Despite the short-term FUD of the mining ban in China, many traders and investors believe it is a healthy event that will further decentralize the Bitcoin network across the world. Before the mining ban took effect, Bitcoin miners based in China had been estimated to control between 65% to 75% of its hashrate.

The prospect of further decentralizing the Bitcoin network might have elicited bullish vibes and excitement leading to BTC whales accumulating the additional 60k coins in a single day.

Bitcoin Reclaims $35k, Could be Gunning for the 50-day Moving Average

With respect to price action, the last 48 hours have been eventful for Bitcoin as the King of Crypto has surged from a local low of $32,699 to a local top of $35,727. The surge in value is also related to the accumulation of more Bitcoin by the said whales.

In addition, Bitcoin has since turned $35k into support and is trading above the 21-day moving average (red) as seen in the following chart. Also from the chart, it can be observed that Bitcoin is gunning towards reclaiming the 50-day moving average (white) as support. Such an event could lead to a bullish push towards $38k or even $40k. 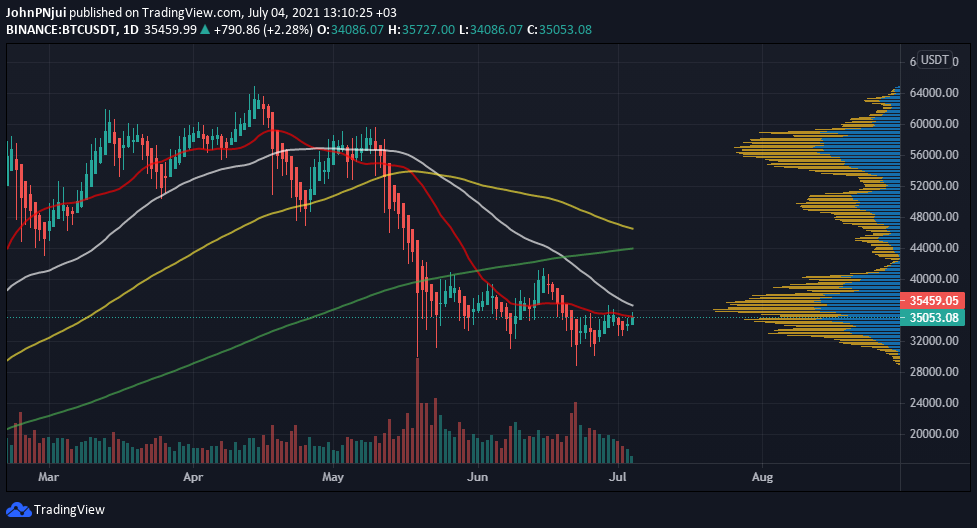