The team at Glassnode has released their weekly On-Chain report. In this week’s edition, they highlight BTC’s $53,475 price as being an area to watch since it maintains Bitcoin’s market capitalization above $1 Trillion.

Additionally, this price zone is the most significant on-chain support since $11k as explained in the following excerpt from the report.

We can consider these as price levels where BTC changed hands, creating a new cost basis for buyers, and levels where profit or loss was realised for sellers.

The price zone above the $1 Trillion Threshold is the most significant on-chain support since $11k and the market is currently at the top end of this range.

Bitcoin Miners Are Accumulating BTC at An Increasing Rate

The report goes on to confirm that Bitcoin miners are no longer selling their BTC and are actually accumulating at an increasing rate. The ongoing accumulation of BTC by Bitcoin miners can be visualized through the following chart courtesy of the report. 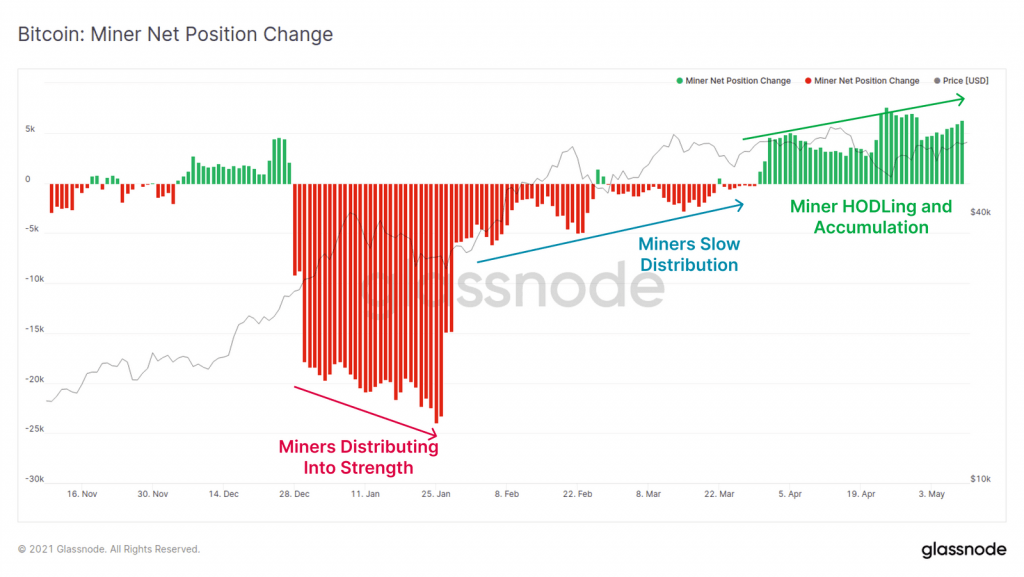 Balances of Bitcoin OTC Desks are on the Decline, Confirming Institutional Buying

With respect to demand by institutions, the report explains that large buyers are causing a decline of BTC balances belonging to OTC (Over-the-counter) desks. These Bitcoin balances recently hit a new low of 6k BTC this past week. Such a drop is a confirmation of demand for Bitcoin by large buyers.

The report goes on to conclude that this trend of institutions depleting the Bitcoin balances of OTC desks, can be traced back to December 2020 when BTC miners were selling heavily.