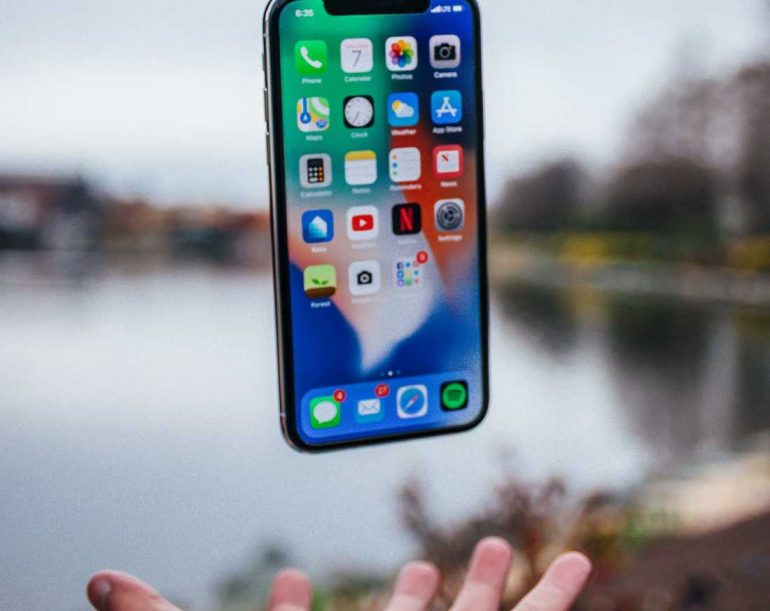 Popular derivatives platform of BitMex has indirectly announced it will be launching a Mobile app.

Crypto trading has continued to evolve with exchanges providing extra value-added services such as mobile applications, OTC portals, futures and options trading, peer to peer trading, and more. When it comes to the trading of Bitcoin (BTC) and Ethereum (ETH) contracts, BitMex was the favorite of many traders for the last few years.

However, its dominance has been chipped off by exchanges that have slowly but surely launched their own derivatives products. They include the popular crypto exchanges of Binance, BitMex, Poloniex, KuCoin, OKEx, Huobi, Bitfinex and Deribit.

BitMex Indirectly Announces it Has Been Working on a Mobile Application

The aforementioned competing crypto exchanges have one thing in common in that they have a mobile version of their trading platform available for their users to trade on the go. On the other hand, trading on BitMex has solely been a web browser affair until now.

Earlier today, and on the BitMex announcement channel on Telegram, the team at the exchange indirectly announced that they have been working on a mobile application. The team did so via the following poll requesting followers of the channel to vote on the next feature they would want to see on the exchange. 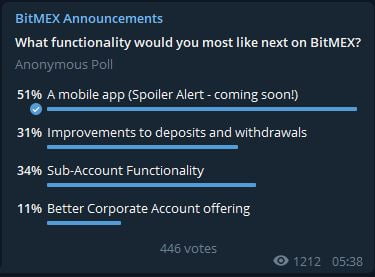 As can be seen via the screenshot, traders are enthusiastic about the possibility of a BitMex mobile application to trade crypto futures contracts.

BitMex’s Diminishing Dominance in the Trading of Crypto Futures Contracts

As earlier mentioned and over the past few months, BitMex has slowly lost the top spot in terms of the highest trade volume of Bitcoin futures contracts. Other exchanges such as OKEx, Huobi and Binance have slowly chipped away at BitMex’s dominance as can be seen in the Bitcoin volume and Open interest charts below courtesy of the team at Skew.com.

Via the charts, we see that BitMex is ranked third in terms of 24-hour Bitcoin futures trade volume. Additionally, BitMex’s open interest comes second to OKEx. Perhaps with the launch of the BitMex mobile app, the derivatives exchange can regain its dominance in the crypto-verse.