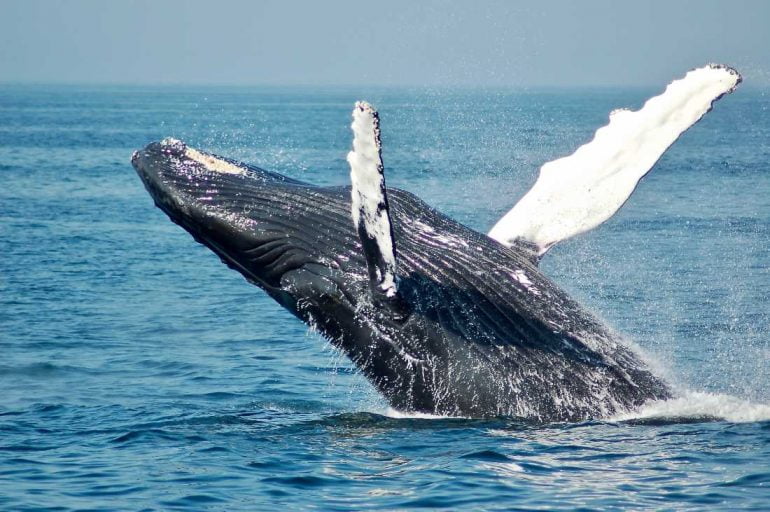 The top 10 Chainlink whale addresses now hold 63.3% of LINK’s circulating supply. This is according to an analysis shared by the team at Santiment who also pointed out that this is the lowest percentage of LINK’s circulating supply held by the said top 10 whales, since the project’s launch in 2017. The team at Santiment shared their analysis through the following statement and accompanying chart.

Chainlink‘s top 10 whale addresses have less of a stranglehold on the total supply of $7LINK (63.3%) than ever, since the coin’s public inception in Sep, 2017. For top assets, whales eventually owning under half the supply is generally a good thing. 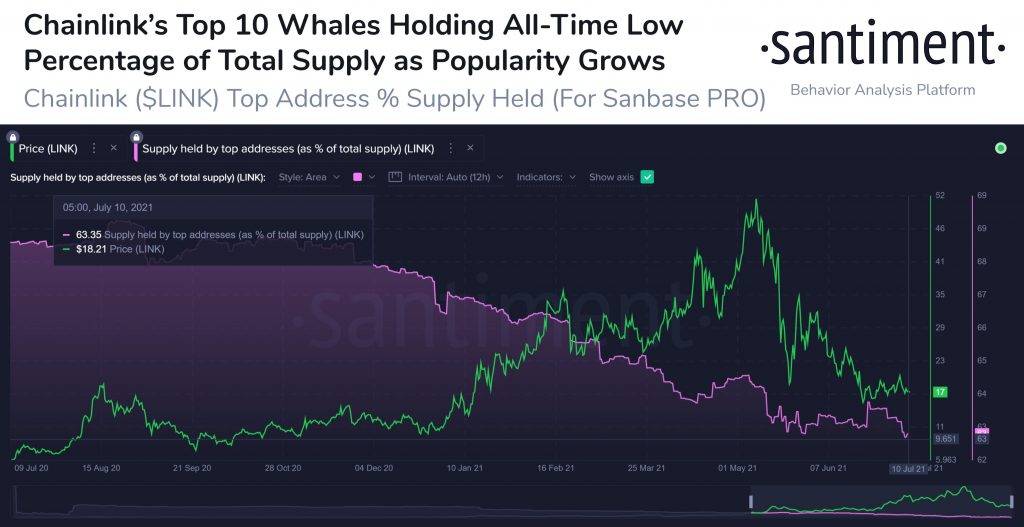 Percentage Supply Held By Chainlink Whales Has Dropped from 67.5% in Jan. 2021

From the chart shared above, it can be observed that the aforementioned Chainlink whales held roughly 67.5% of LINK’s circulating supply in January of this year. Additionally, the same whales held roughly 69% of Chainlink’s circulating supply throughout the fourth quarter of 2020. This, in turn, translates to an encouraging and ongoing redistribution of LINK holdings away from the whales and to other holders.

With respect to price action, Chainlink is still in bear territory as it trades below the 50-day, 100-day and 200-day moving averages as highlighted in the chart below. Additionally, Chainlink is currently trading within a descending triangle with a floor at the $15 support area that held on May 23rd and June 22nd. 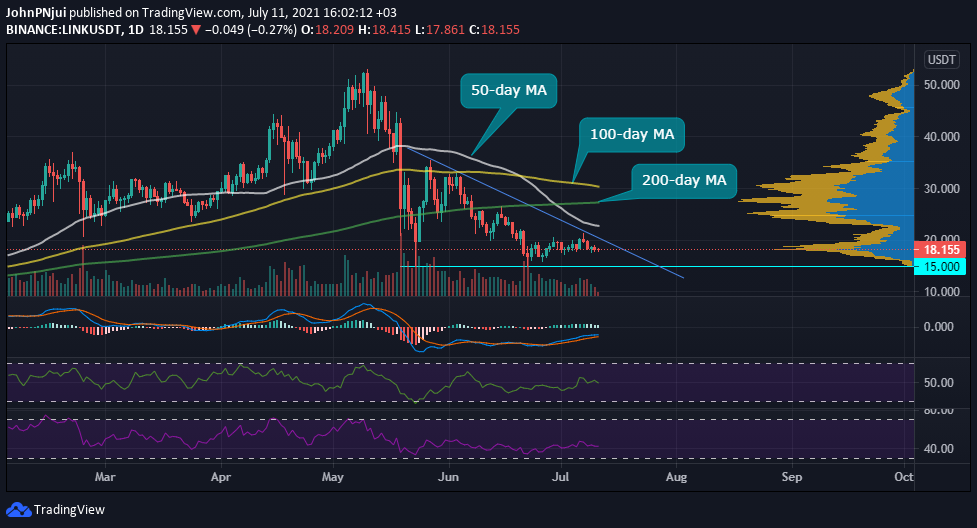 Also from the chart, the following can be observed:

As with all analyses of altcoins such as Chainlink, traders and investors are reminded to have an eye out for Bitcoin’s sudden price moves in either direction when trading LINK on the various derivatives platforms.