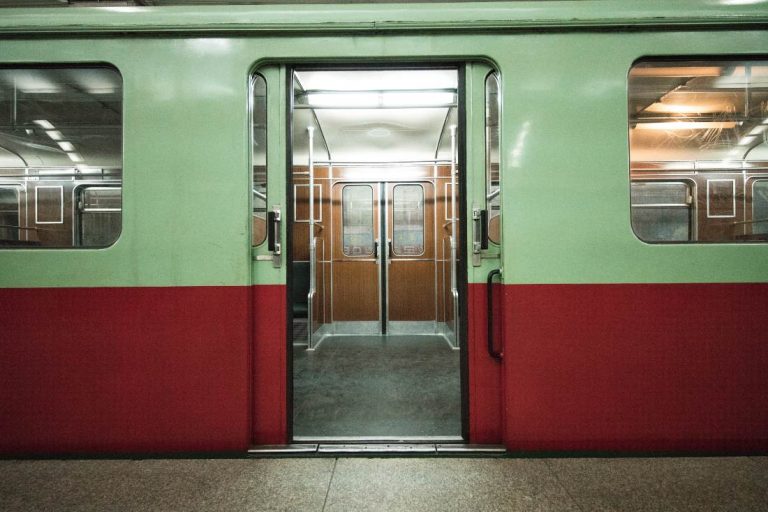 News of North Korea’s Supreme Leader not being well or having passed on has circulated globally for the last half of this week. According to Aljazeera, Kim Jong Un has been absent from state media, official statements and public events leading many to believe all is not well. One theory that has been put forth by TMZ, is that the Supreme Leader had grabbed his chest and collapsed in early April while visiting N. Korea’s countryside.

The online media outlet known for breaking celebrity news went on to explain that he is either bedridden with no hope of recovery or he has passed on. This is after life-saving heart surgery was performed on the Supreme Leader. TMZ further explained the situation as follows:

He needed a stent procedure done, but apparently … it either wasn’t done rapidly enough, or it was botched completely by the surgeon — with some reports saying he had shaky hands.

Crypto Traders Start to Speculate on the Fate of N. Korea’s Bitcoin (BTC) and Crypto Holdings

Back in mid-2019, news broke that the country of North Korea was amassing Bitcoin (BTC) and other cryptocurrencies with a value of $670 Million at the time. The funds were apparently being used by the nation to bypass strict economic sanctions.

It is this amount that has many crypto traders talking. Many are wondering whether the country’s stash of Bitcoin (BTC) will be sold soon and cause a crash in the crypto markets. Crypto user @milllly shared the following tweet explaining that her social media groups on Weibo and WeChat were rife with speculation that 65,091 BTC from a wallet belonging to Kim Jong-Un had been moved to Coinbase.

Woke up, saw everyone is talking about this . Literally everywhere , weibo,WeChat groups, all crypto medias @zackvoell pic.twitter.com/gltiIIsEXX

Upon further investigation, the messages on her social media groups were a reaction to a joke by @zackvoell. The joke had suggested some Bitcoin had been moved from an alleged wallet belonging to Supreme Leader Kim. A screenshot of the joke can be found below. 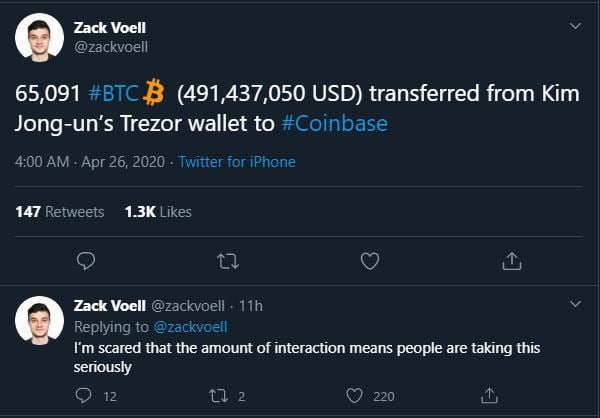