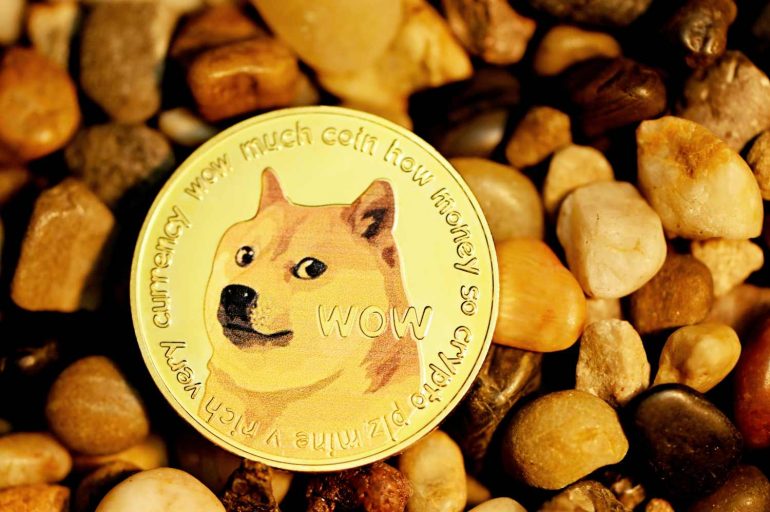 The popular meme-coin of Dogecoin (DOGE) has had a rough few weeks since its peak value brought about by the hype surrounding Elon Musk’s appearance on the Saturday Night Live show. The CEO of Tesla hosted the show on May 8th, resulting in Dogecoin posting an all-time high of $0.74 a few hours before the show kicked off.

Dogecoin Corrects by 71% Since the May 8th Peak

However, Dogecoin has since corrected by over 71% as highlighted by the following tweet by the founder and CEO of Compound Capital Advisors, Charlie Bilello.

A quick glance at the daily DOGE/USDT chart below reveals that Dogecoin’s 200-day moving average (green) is providing adequate support on a macro level at the $0.15 to $0.16 price zone. 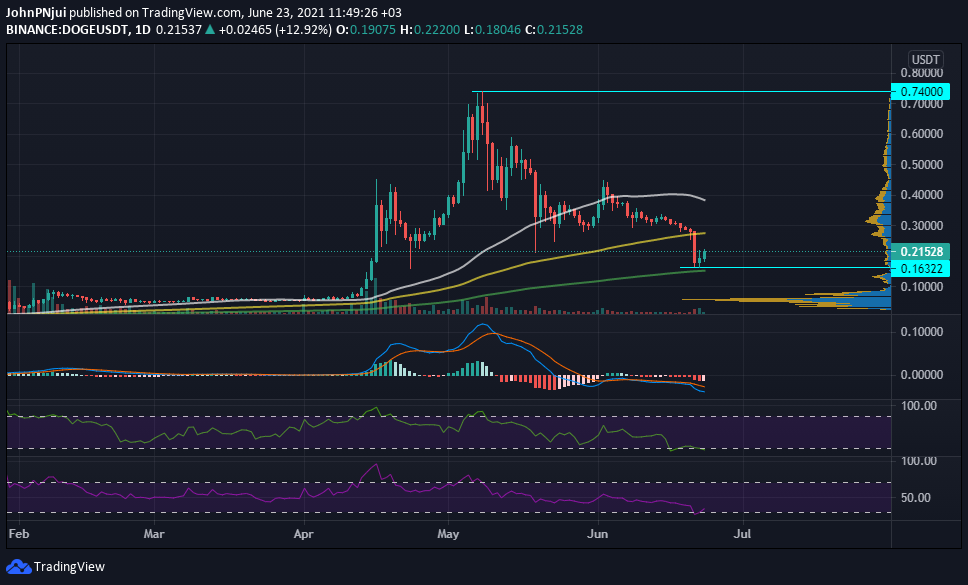 Also from the chart, it can be observed that Dogecoin hit a local low of $0.16322, yesterday, June 22nd. This in turn translates to a 77.9% correction since its all-time high value set in early May. At the time of writing, Dogecoin is trading at $0.216 signifying a 70.8% correction from the same value.

As with all altcoins such as Dogecoin, the fate of DOGE relies heavily on Bitcoin’s price action. Therefore, caution is advised when longing Dogecoin with a volatile Bitcoin that is yet to inspire the confidence of a bottom at the $30k support area.