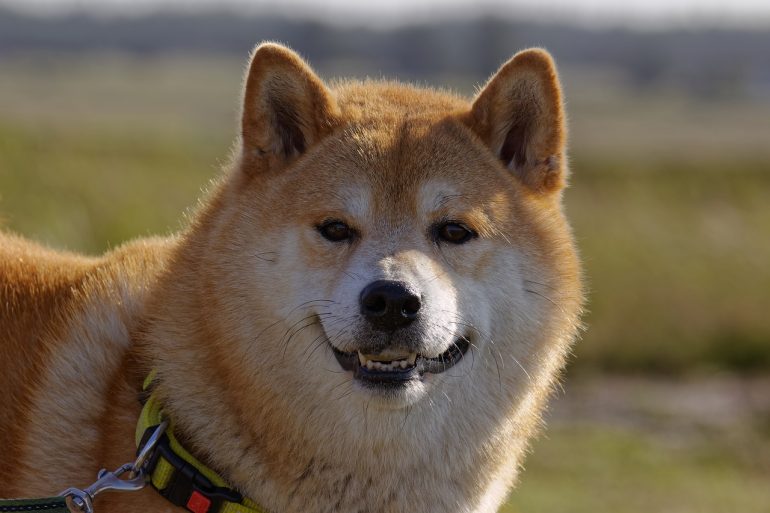 Dogecoin (DOGE) is on a firm trajectory towards becoming the third most valuable digital asset according to market capitalization. Earlier today, the meme-coin posted a new all-time high of $0.7376, resulting in its market cap hitting $94.7 billion and less than $3 billion shy of flippening Binance Coin (BNB) from the number 3 spot.

At the time of writing, Dogecoin has cooled off a bit and is trading at $0.72 with $4.44 billion in market capitalization separating DOGE from the number 3 spot as seen in the screenshot below. If BNB continues to consolidate at current levels, Dogecoin only needs to be valued at $0.75 to become a number 3 coin, rather than the anticipated $0.77.

The market excitement surrounding Dogecoin is based on Elon Musk hosting the Saturday Night Live show, tonight, May 8th. Dogecoin fans and investors are optimistic that the founder of Space X and CEO of Tesla, will do an SNL skit on Dogecoin as seen through the following Twitter conversation between Elon and crypto community member, Chris – Global Shenanigans. 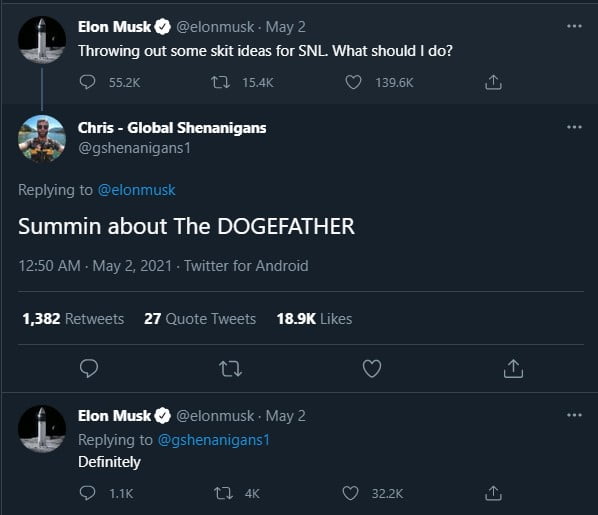 According to a report by Bloomberg, fans and investors of DogeCoin (DOGE) are hosting watch parties for tonight’s SNL episode.

The enthusiasm surrounding Elon Musk hosting SNL is justified given that the show has an average viewership of between 5 million and 9 million per episode depending on the host. For example, the November 7th episode of SNL hosted by Dave Chappelle had 9.1 million viewers in the United States alone.

Tonight’s Elon Musk episode will have a significant number of viewers given that cryptocurrencies and the Dogecoin phenomenon are a global affair.

Possibility of a ‘Buy the Rumor, Sell the News’ Event During the SNL Episode

Therefore, Dogecoin could be successful in becoming a top 3 digital asset leading up to, and during, the SNL episode.

However, traders and investors are reminded that the DOGE markets are extremely volatile since its price movements are based on social media sentiment and not technical analysis.

In addition, spot markets might be a far safer option to trade Dogecoin given the possibility of a ‘buy the rumor, sell the news’ event during the SNL episode.