The CEO of Pantera Capital, Dan Morehead, has shared a brief analysis of the effects of EIP1559 on the market value of Ethereum. According to Mr. Morehead, the implementation of the Ethereum Improvement Proposal will make ETH more deflationary than Bitcoin. He also pointed out that the market is currently re-rating Ethereum for the EIP implementation and staking. He explained:

In addition, Ethereum’s success in the crypto markets has resulted in the ratio between its market cap and Bitcoin’s, doubling in the last year as visualized through the following chart. 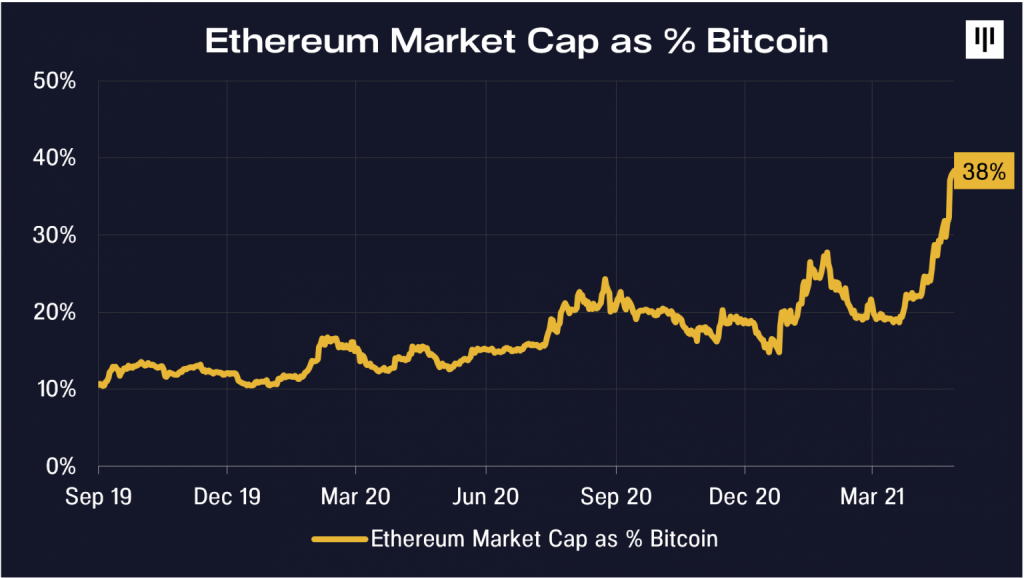 In conclusion, Mr. Morehead went on to forecast that the rising DeFi ecosystem on Ethereum and the adoption of ETH, will ultimately lead to the digital asset gaining market share relative to Bitcoin.

Ethereum has a massive ecosystem of decentralized finance use cases with rapidly growing adoption.Combine these two dynamics and we think Ethereum will keep gaining market share relative to Bitcoin.

Ethereum’s $3.6k  and $3.5k are the Levels to Watch During the Weekly Close

The latter price area has created a double-bottom pattern with the May 13th low of $3,540 when Elon Musk announced that Tesla will no longer be accepting Bitcoin for car payments.

Therefore, with the weekly close only hours away, $3,600 and $3,500 will be two levels to watch leading up to the event. They will determine whether Ethereum continues on its bullish path above $4k.