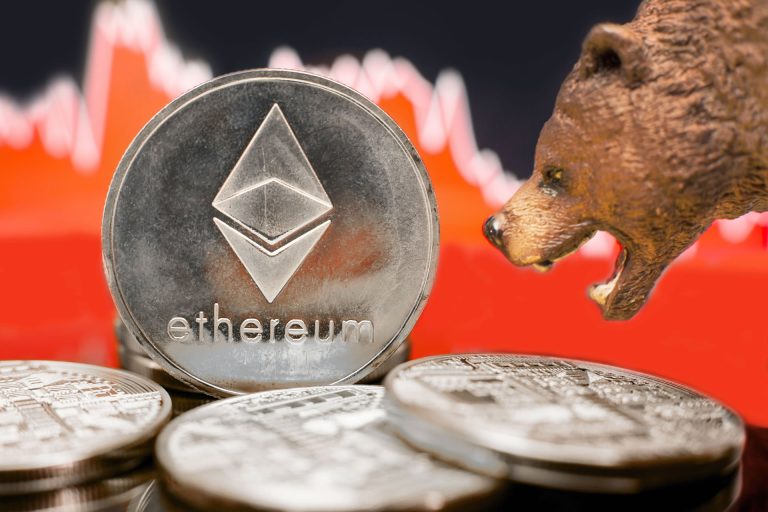 Ethereum appears to be mimicking Bitcoin’s bear market a few years ago as the world’s second largest crypto asset fails to gain momentum. Yet again ETH prices have plunged back below $200 as BTC remains range bound and the market chop continues.

As Bitcoin failed to breach the $11k target and fell back towards $10k, the altcoins got battered again. Market movements have been getting predictably tedious over the past six weeks … unless you are a swing trader. BTC is now in danger of dropping back into the four figure level for the fifth time since the rally began in early April.

According to Tradingview, Ethereum prices have also taken a dive as the asset remains hopelessly anchored to the movements of its big brother. A hopeful retest of $200 did not last long, less than 24 hours in fact. During Asian trading today ETH has dumped 6% in a slide down to $186.

Ethereum is almost back at its lowest level for three months again so it would be fair to say that it is still in the depths of its first mainstream bear market, as noted by industry observer Chris Burniske.

Ethereum is currently 86% down from its all-time high and in danger of increasing that percentage. Burniske added that network momentum does not correlate to price action and there is a lot of negativity towards ETH, primarily from Bitcoin maximalists.

“To objective observers, the network’s momentum was clear despite the bearish price action; those pre-disposed to dislike based on perceived vested interests, were blinded by biases & missed the bus.
What happened to $BTC then is happening to $ETH now.”

This year has been a nightmare for most of the altcoins, Ethereum no exception. Network momentum, core developments and upgrades, dApp usage, and smart contract adoption appears to have had no effect on token price. The scene in 2019 is very different to 2017 when these things were driving altcoin FOMO and prices to new highs.

Ethereum is still evolving and the Istanbul hard fork slated for Q1 2020 will bring in a raft of improvements. It will be rolled out in two stages with the first including six EIPs (Ethereum Improvement Proposals) hitting the mainnet in October this year. Blockchain interoperability and security will be improved and two more major EIPs will be included in the second phase.

Ethereum is a system that is growing with constant upgrades in addition to usage and adoption. At the moment, however, token prices do not reflect that as the bears continue to keep ETH grounded.