Timothy Peterson of Cane Island Alternative Advisors has postulated that Ethereum’s price could fall by as much as 50% in the next 12 months. Mr. Peterson shared his analysis of Ethereum via twitter and explained that ETH’s long term growth rate only supports an average annual price appreciation of 30%. Below is his analysis of Ethereum shared on the social media platform.

Pessimistic about #Ethereum price for the foreseeable future. Long-term growth rate only supports average annual price appreciation of 30% per year. $ETH could lose 50% in the next 12 months. pic.twitter.com/jBdApEAWXG

Ethereum’s Price is Higher Than its Metcalfe Value 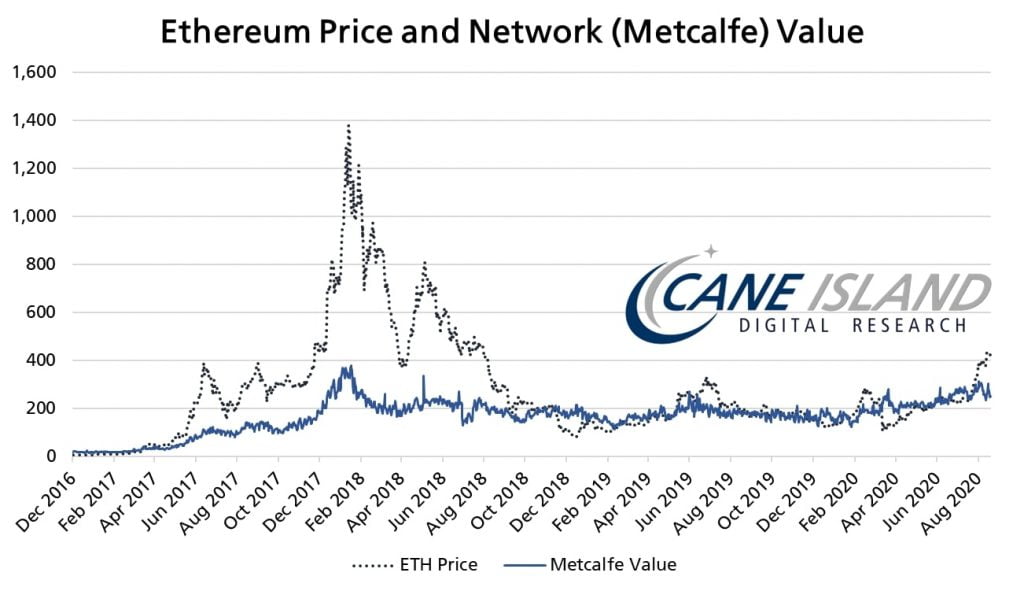 In the tweet, is a set of four charts with the first one (above) indicating that the price of Ethereum has deviated quite a bit from its Metcalfe Value. By eyeballing the chart, it can be observed that Ethereum’s Metcalfe value is around the $250 area. This value is very much close to an earlier estimate of $246 provided by the team at Cane Island via the following tweet.

What the Ethereum Chart Says

A quick glance at the Ethereum daily chart reveals that ETH had a hard time breaking the $450 resistance zone as Bitcoin flew past $12k earlier this week. Ethereum’s short term correlation to Bitcoin has been dropping and could be one reason $450 was not broken as Bitcoin hit a yearly high of close to $12,500. 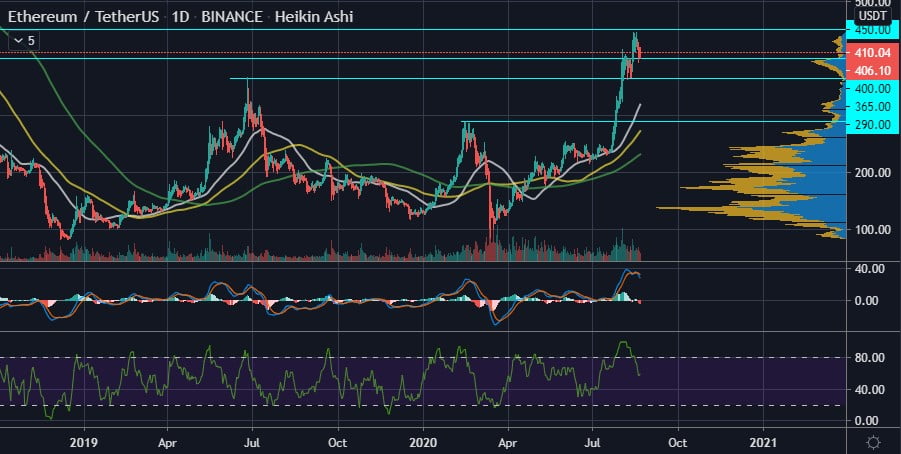 Furthermore, and from the chart, the $400 price area is acting as Ethereum’s current support with $365 also offering an area of interest should this level fail. Below $365 is the $290 support zone which is a bit closer to the current Metcalfe value of Ethereum.

Additionally, the daily Ethereum trade volume is in the red indicating selling pressure. The daily MACD has crossed in a bearish manner above the baseline further confirming the possibility of ETH’s price declining in the days and weeks to follow.