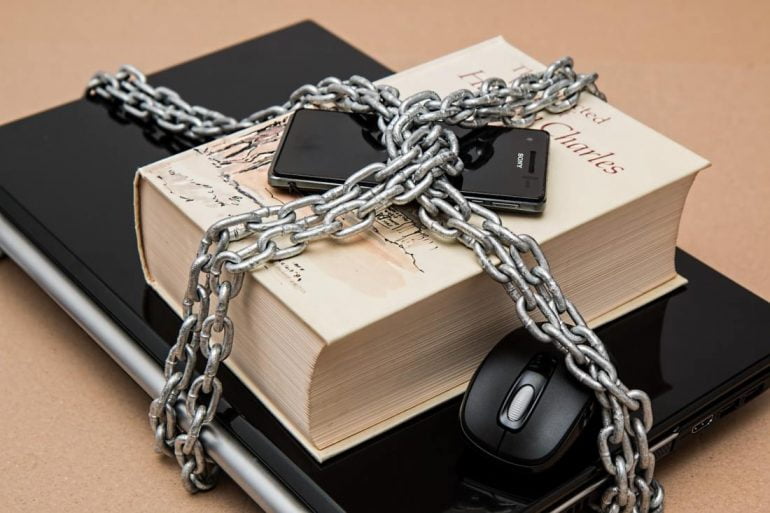 Ethereum’s Vitalik: We Need an Alternative to Centralized Social Media

Censorship on social media is on the rise. More so since it was determined that such platforms can be used by all the wrong people to promote hate, terrorism, and fake news by bend the truth in a bid to aid their political campaigns. Therefore, it was of no surprise when Twitter decided to flag President Trump’s tweets for containing misleading information.

Vitalik Buterin: It is Time for Alternatives to Centralized Social Media

President Trump responded to the flagging of his Tweets by declaring such a move was infringing on his Free Speech. He further added that as President, he would not allow such ‘censorship’ to continue. It is with this background that Vitalik Buterin expressed his opinion that there needs to be an alternative to centralized social media. A screenshot of Mr. Buterin’s statement can be found below. 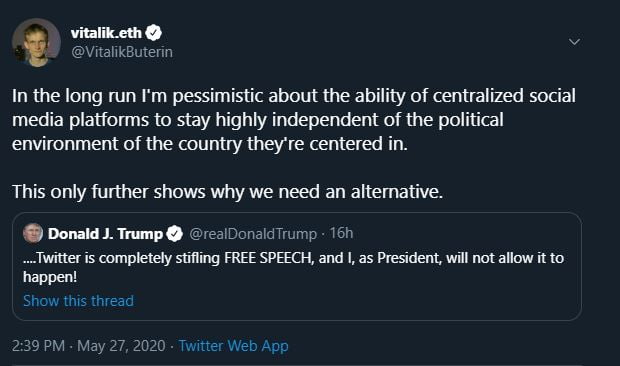 Additionally, in subsequent tweets, President Trump has threatened to act on the infringement of his free speech on Twitter. The following two tweets by President Trump further elaborate on the situation.

In a May 11th update, the team at Twitter announced that they will be introducing new labels and warning messages on Tweets that contain disputed or misleading information. Initially, the new policy was meant to apply to COVID19 misinformation. However, the platform has since seen it fit to use the new labels on political comments, including those of President Trump.

Accompanying the May 11th update was the following statement regarding the new labels.

During active conversations about disputed issues, it can be helpful to see additional context from trusted sources. Earlier this year, we introduced a new label for Tweets containing synthetic and manipulated media. Similar labels will now appear on Tweets containing potentially harmful, misleading information…