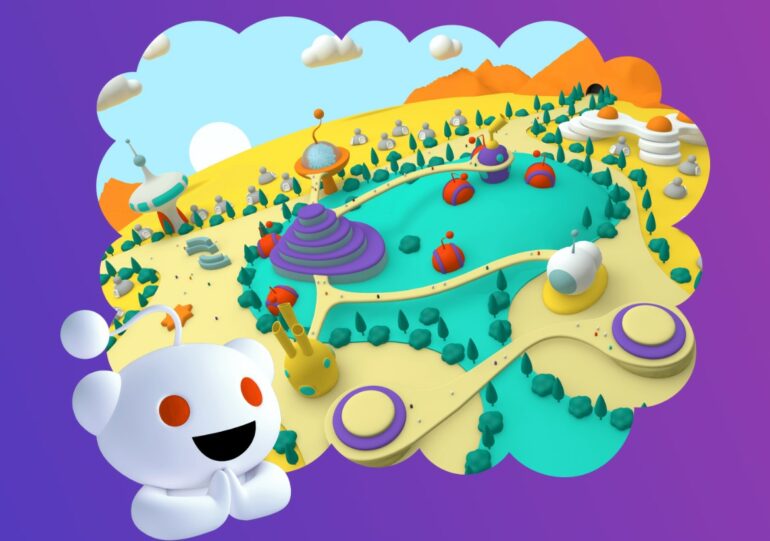 Is Reddit going for the metaverse after NFTs?
NewsNFTs

Is Reddit Heading For the Metaverse After Its NFT Collectibles Surge?

Shortly after Reddit Avatar prices surged to a record high on Tuesday, NFT collector and analyst Liam Herbst took to Twitter to share why metaverse could be the next stop for the internet giant.

In a lengthy thread on Twitter, Herbst made a bold statement claiming that Reddit is actually “building a metaverse empire” and its NFT Avatars are tools, or rather, “Trojan Horses” used by the company to develop the foundation of its virtual world.

According to the analyst, the forum-based platform is, in fact, a metaverse in the making. Each subreddit functions like a mini virtual world, featuring its own identity and community. On top of that, some of them are even integrated with crypto functionality.

To begin with, Herbst pointed out that the website has implemented a cryptocurrency rewards system known as Reddit Community Points since 2020. It is a feature that allows Reddit users to own a piece of their favorite communities.

Each subreddit can create its own Community Points (based on blockchain), which can be given out as rewards to active contributors in the space.

With these Community Points, users can unlock exclusive features such as Special Memberships and token-gated content and use them to vote on important decisions – much like in a decentralized autonomous organization (DAO).

According to Herbst, Reddit Avatars would eventually help propel the company’s “Redditverse” to greater heights. This is especially so since Reddit decided to distribute free Avatars to its top platform contributors back in August.

“Free 2 Own at scale will red pill Redditors into NFT degens – likely using custom avatars which speak to their unique interests,” wrote Herbst. “The utility and recognition of the avatars will grow as adoption grows.”

Collaboration with other ecosystems

With a growing appetite for Reddit Avatars, it will be easier for the company to infiltrate other ecosystems as it teams up with promising projects in the space.

Previously, the social media giant collaborated with Riot Games to create limited-edition avatars. There are rumors too that Reddit is striking a partnership with The Sandbox.

On the whole, it seems like Reddit has gotten all the right ingredients, namely flagship NFT collectibles and a DAO system to build out its metaverse. One last factor is the financial resources, which Herbst believes the company already got it covered.

Reddit has raised $550 million in the past three years and doubled its annual revenue from $170 million in 2020 to $350 million in 2021. Given that, the NFT analyst reckoned that the company has all the resources to pull off its metaverse ambition.

Of course, it remains to be seen if Reddit will enter the metaverse or any blockchain-based virtual world. From the looks of it, nothing seems to be standing in their way.

NFT avatars are JUST the start.

Here's their master plan and how you can capitalize 🧵 pic.twitter.com/YQmAtTH1nN