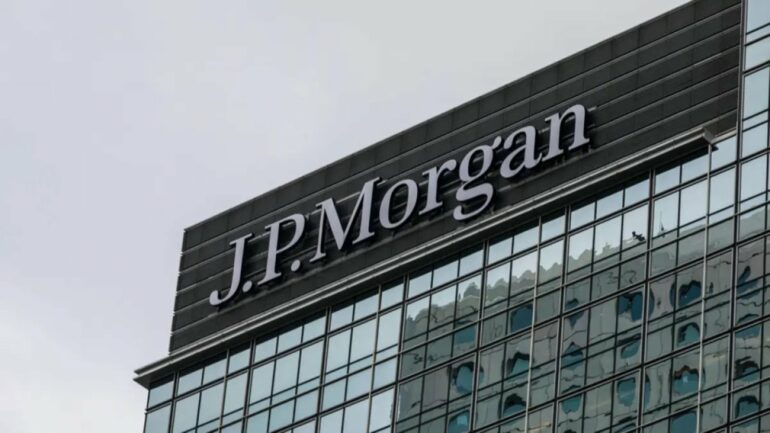 The Wall Street investment bank of JP Morgan is using blockchain technology for collateral settlements, particularly in the trading of traditional financial assets.

According to a report by Bloomberg, JP Morgan carried out its first blockchain transactions of this type on May 20th when ‘two of its entities transferred the token representation of BlackRock Inc. money market fund shares as collateral on its private blockchain.’

Furthermore, representatives from the bank stated that blockchain-based collateral settlement could find real-life use cases in derivatives, repo trading, and securities lending. JP Morgan is also considering using blockchain technology for the tokenization of equities, fixed income collaterals, and other asset types.

JPMorgan Could Also Venture into DeFi

The head of JP Morgan’s Blockchain Launch and Onyx Digital Assets, Tyrone Lobban, further told Bloomberg that the potential of blockchain technology could see the bank using it as ‘a bridge that connects institutional investors with decentralized finance platforms in the crypto economy.’

Mr. Lobban went on to add that with time, public blockchain networks will host an increasing amount of financial services, and JP Morgan would ‘want to make sure that [they] are able to not only support that but also be ready to provide related-services.’

Bitcoin Could Hit $38k, and Digital Assets Are an Alternative to Real Estate.

Earlier this week, investment strategists at JP Morgan forecasted that Bitcoin could hit $38k despite the last few weeks of continued downside. According to their analysis, Bitcoin could increase in value by roughly 29% from the current level of around $29,430.

In addition, the team at JP Morgan went on to state that the bank now sees digital assets and hedge funds as a preferred alternative asset class, moving real estate to the sidelines as a result of surging mortgage rates.