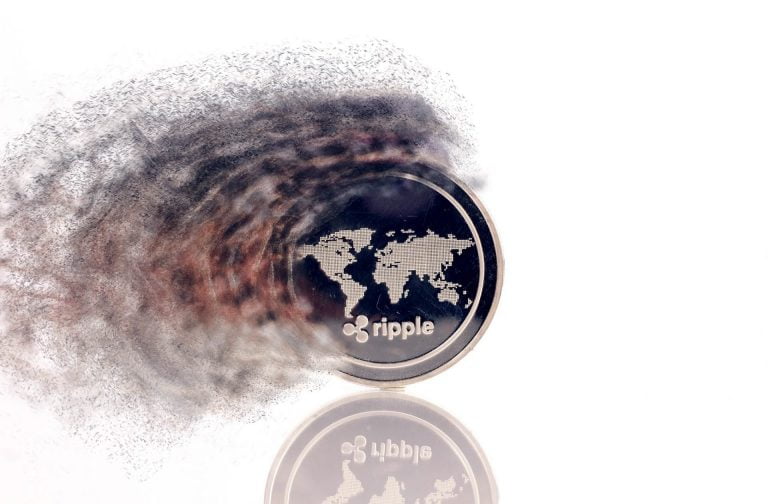 There’s no doubt that altcoins are suffering. But XRP has been hurting more than the rest. According to Messari’s OnChainFX price tracker, the leading cryptocurrency, currently the third-largest by market capitalization, the cryptocurrency is down 93% from its all-time high, a feat replicated by Stellar Lumens, Bitcoin Cash, Cardano, Tron, and other top altcoins.

Throughout Bitcoin’s jaw-dropping rally in 2019, XRP has missed out, barely experiencing a rally as BTC shot to the sky. In fact, Bloomberg reports that the cryptocurrency is down 20% on the year, shedding $3 billion in market capitalization this year. It and Stellar are the only top 15 cryptocurrencies to have lost value this year.

Much of this underperformance has been pinned to Ripple Labs, the financial technology firm, and other early adopters of the project. Some suggest that XRP’s collapse has much to do with founders, like Jed McCaleb, cashing out their tokens. McCaleb is reported by CoinMetrics to be selling 500,000 XRP each and every day, while Ripple itself has been participating in tens of millions of dollars worth of sales to cover expenses and build up its balance sheet. Kyle Samani, the co-founder of Multicoin Capital, said:

According to Bloomberg, Samani is short on the cryptocurrency, likely having acknowledged the pain that Ripple has inflected on the market of its go-to crypto asset.

While these sales are known ahead of time, Ripple has started to ramp up the severity of its liquidations. Eric Turner of Messari said that Ripple sold nearly 50% more XRP (USD value) in Q2 than in Q1. Turner added that he doesn’t expect for Ripple’s money printing press to stop any time soon.

Despite the large decrease in the value of XRP, Ripple is still pushing ahead. As reported by Ethereum World News previously, Brad Garlinghouse, the chief executive of Ripple, explained that his firm is currently working on “multiple” deals, meaning investments and acquisitions, with an unnamed group of companies.

The Ripple chief explains that he believes that his firm is in a “very strong position”, citing growth in Ripple’s business streams and a “strong balance sheet”. Thus, it would be illogical for the company not to take advantage of its position.

His comment comes hot on the heels of the firm’s deal with Moneygram, one of the world’s largest cross-border and money-transfer firms. Moneygram will be using xRapid, Ripple’s solution for liquidity that utilizes XRP directly as a “real-time bridge between the sending and receiving currencies.”