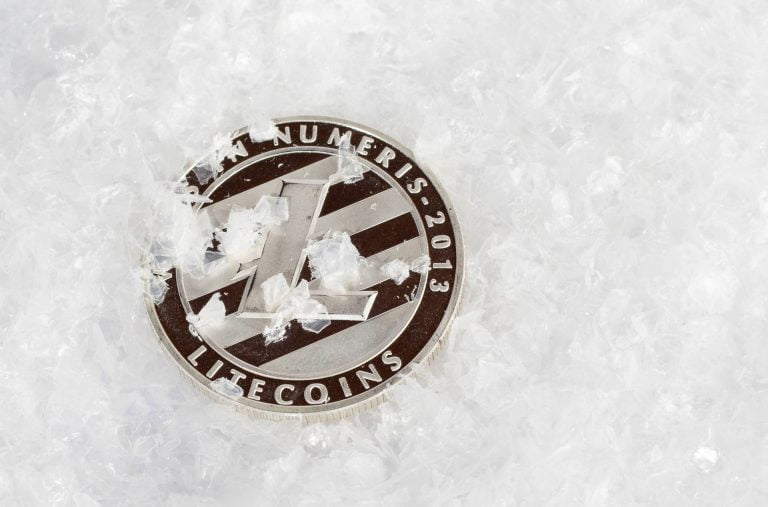 Just like the rest of the cryptocurrency market, the Litecoin price has been absolutely slammed over recent weeks. As of the time of writing this, LTC has collapsed to $55, trading 3% lower than what the cryptocurrency was at 24 hours ago.

While a 3% loss isn’t something notable per se, once you put Litecoin’s performance into a long-term perspective, it surely is a horrendous sight. As Ceteris Paribus, a cryptocurrency analyst, pointed out, Litecoin is now 50% lower than it was when it saw its block reward reduction — also known as a “halving” or “halvening” — in August.

So not only did Litecoin’s inflation rate halve but its price did as well.

This harrowing price trend goes against the community’s sentiment that halvings drive up the price of cryptocurrencies. You see, halvings are a negative supply shock to the market of a cryptocurrency, and should thus lead to an appreciation in price if demand for said digital asset grows.

Bitcoin, in May of next year, is expected to see its own block reward reduction event. One analyst has said that Litecoin’s failure to react positively to the negative supply shock may be a sign of what’s to come for the market leader. Ouch…

While this Litecoin price crash has been brutal, that’s not to say that it has been entirely unaffected.

Research completed by Strix Leviathan, a Seattle-based crypto startup, found that block reward reductions don’t have a consistent, material effect on the price of cryptocurrencies. This is contradictory to what hype on Crypto Twitter or other forums would indicate.

The analysis of data on 32 halvings across 24 crypto assets, which includes Bitcoin and Litecoin, suggests that there is no clear evidence that crypto assets that see their emission halve “outperform the broader market in the months leading up to and following a reduction in miner rewards.”

In fact, the firm’s researchers wrote that it can be said that for Litecoin in particular, halvings actually act as a negative catalyst after they take place, which is seemingly what the cryptocurrency market has observed over recent months.

Strix attributes the false hype around these block reward reduction events to “limited sample sizes and historical data”, coupled with the idea that fundamentally, a reduction in Bitcoin and Litecoin issuance should result in some form of positive price action — barring that demand for cryptocurrencies shrinks.