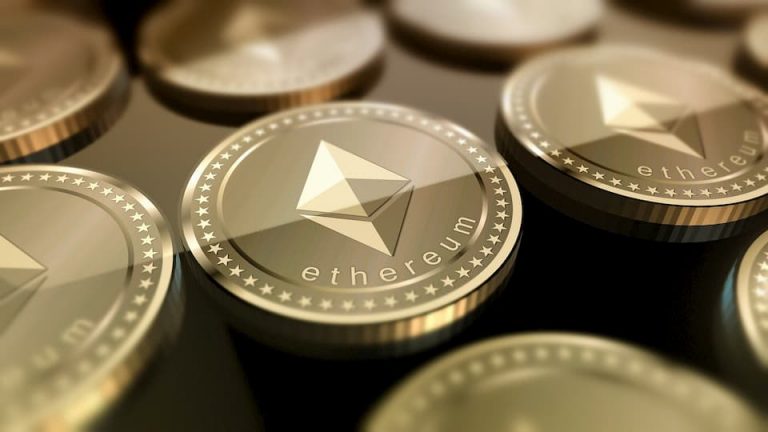 Negative Crowd Sentiment Towards Ethereum May Push its Price Higher

Crowd sentiment surrounding Ethereum is still in negative territory. This is according to analysis that was shared by the team at Sentiment who also highlighted the possibility of such negative sentiment, propelling Ethereum higher in the crypto markets.

The team at Santiment shared their forecast of Ethereum through the following statement and accompanying chart.

Ethereum is +20% over Bitcoin‘s +6%, and the crowd’s negative perception toward $ETH right now, according to our data, may just be fueling the price higher. We’re seeing commentary is more bearish than usual, which very often pushes prices upward. 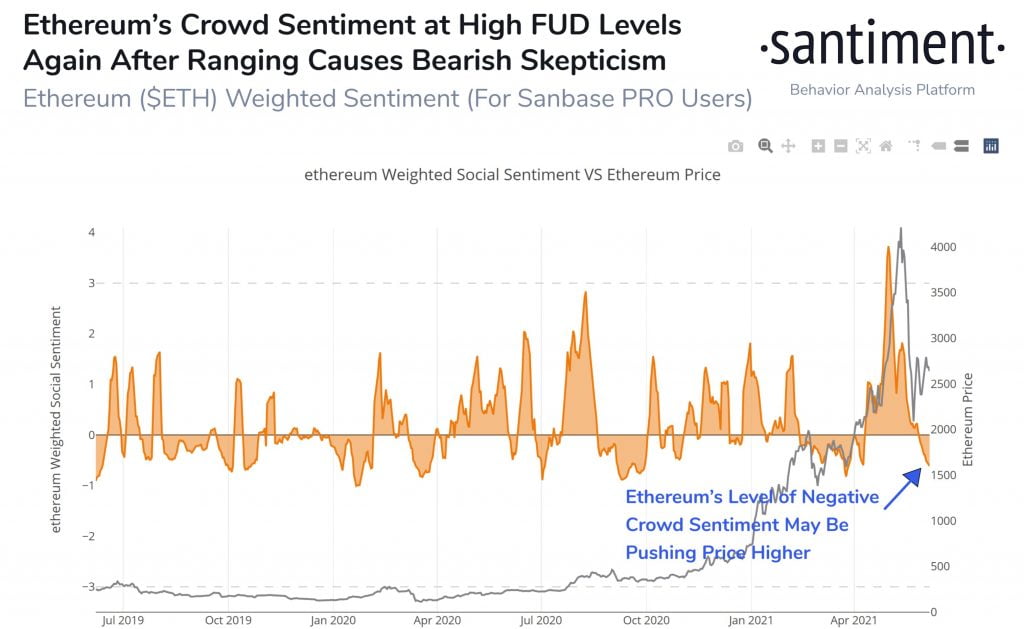 $2,800 Continues to be a Tough Resistance for Ethereum

At the time of writing, Ethereum is trading at $2,675 as tonight’s weekly close inches closer. The latter event could be a volatile one, given Bitcoin’s failure to reclaim the 200-day moving average as support and a pending death cross on its daily chart.

If Bitcoin continues to consolidate below the 200-day moving average during the weekly close, chances are that Ethereum will to trade above the $2,500 price level with $2k providing adequate support on a macro level. A weekly close above $2,500 by Ethereum would increase its chances of breaking the tough resistance level at $2,800 with the new week.

Ethereum Has Lower Gains During the Second Half of Any Year

Historically, Ethereum usually performs well between the months of December and May in any year. The second half of the year is usually characterized by negative monthly gains for ETH. The following table, courtesy of Bybt.com, further demonstrates this fact.

From the data above, and focusing on Ethereum’s performance in the month of June, it can be concluded that ETH has a 50:50 chance of closing the month with net positive gains. Therefore, a breakout to higher levels by Ethereum cannot be ruled out. However, such an event is hinged upon Bitcoin providing the ideal environment without the gut-wrenching volatility of the last few weeks.